The 10 time Roland Garros champion is more known for his devastating forehand. But Nadal’s backhand is also among the most consistent on the tour. Nadal manages to generate heavy topspin off his backhand also. 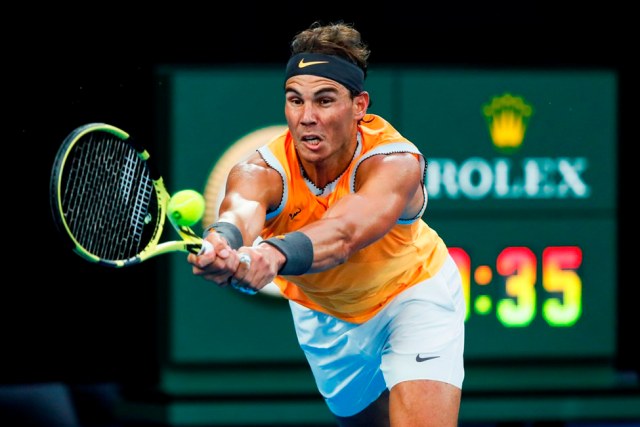 The Spaniard manages to move his opponents corner to corner through his backhand-forehand combination. He also is able to find corners of the opponent’s baseline while flattening out the backhand.

What is more amazing is the amount of power the Spaniard manages to generate off his backhand wing, along with a deceptive backhand slice to disrupt the rhythm of his opponents.

The 17 time Grand Slam champion has also managed to hone his backhand to become even better since his 2017 comeback. He is now able to tackle faster balls of the Hard Courts and turn defense into attack by his backhand within the fraction of a moment.

The 22 year old German is already being touted as future World Number 1 and contender for Grand Slams. Zverev’s standouts shots are his precise first serve and his explosive backhand.

The 6 feet 6 inch player acute angles, while hitting the backhand crosscourt and also hits it with a lot of power straight down the line. In fact it is the backhand that enabled the German to win multiple Masters titles and ATP tour finals.

Zverev rarely misses hitting winners with his ever consistent and baseline penetrating backhander. He even came out victorious against Novak Djokovic when the duo were involved in the backhand to backhand slugfest during the ATP finals in London in 2018.

The power, depth and direction of Zverev’s backhand shots constantly put Djokovic on defensive and ultimately paved success for Zverev.

Andy Murray has been the most prolific British tennis player in the Open Era, winning 3 Grand Slams and 14 Masters 1000 trophies. Murrray’s backhand has been the biggest asset in his powerful baseline game.

Murray’s backhand is so rich in variety that he can hit running down winners, passes down the line as well as deceptive slices.

The Brit has so much confidence in his backhand that he even takes 1st serves via his backhand.

Murray’s backhand is the mainstay of his game and it even outscores his forehand, His backhand lobs are often well timed and placed resulting in clear winners. Above all the consistency of the double handed backhand is the cardinal component of Murray’s extreme defensive skills.

Few people in history have made the use of backhand as good as Novak Djokovic. The Serbian superstar can almost do everything with his backhand be it attack, defense, return of serve or hit a clean winner. And he does so with a machine like accuracy.

It was the backhand shot that led to a revival in Djokovic’s career since 2011. He found a perfect ploy to counter strong forehands of Federer and Nadal.

Novak has since then been particularly successful against Rafa’s lefty forehand via his two handed backhand. He denies Nadal the lefty angle and in fact is able to hit a perfect crosscourt backhand against the penetrating forehand of his opponents. 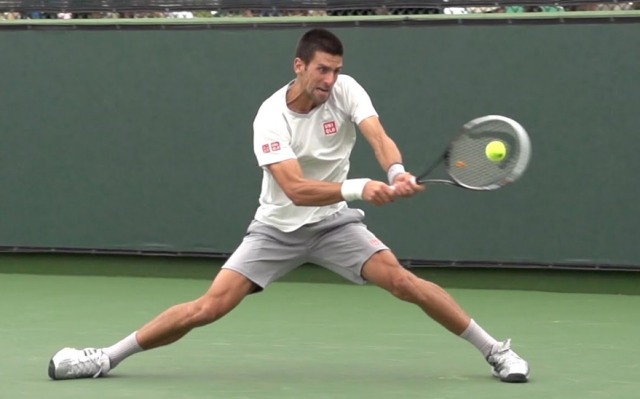 Djokovic is known to possess one of the best defensive games in history of the sport. And this is properly aided by his wonderful backhand, His ability to convert defense into offense by hitting clean backhand winners from any corner and position of the court makes him one of the game’s greatest players ever.