South Africa go into the World Cup as one of the favorites to win the trophy and they owe a lot of that to this young man from Durban.

Standing 5th in the rankings, having accumulated 693 total points, the Proteas would be looking to him to deliver early wickets as well as bowl in the death.

Rabada comes into the World Cup in good form, riding on a successful IPL campaign with the Delhi Daredevils in the IPL.

It’s an age of leg spinners right now. With Tahir, Rashid Khan, Yuzi Chahal and Nabi all grabbing headlines, Tahir can easily be considered as the best of the lot with his exploits over the last year and a half.

A South African with Pakistani origins, Tahir would be looking to lead the Proteas’ charge in England and Wales with his googlies, leg spinners and the odd one.

Giant killers Afghanistan come into the World Cup with their hopes pinned on a certain Rashid Khan to see them through the course of the tournament.

The country has made huge improvements in cricketing since being recognized as a Test playing nation and so has their national hero Rashid Khan.

Rashid Khan also features in the Top 5 all-rounders’ list with his exploits both with the bat and the ball.

Left arm pacers are as rare as they come and Trent Boult is right now one of the best in business with his performances on the international circuit.

New Zealand will have their hopes pinned on Boult and Southee to deliver from the front.

Trent Boult sits second on the ICC ODI Rankings for Bowlers with 753 points to his name.

India has adopted to a 2-2 pace-spin attack over the last year in ODIs with Hardik Pandya acting as the auxiliary pacer. The approach is proof of the management’s and skipper Virat Kohli’s faith in the lanky pacer from Haryana who won Rohit Sharma yet another IPL for Mumbai Indians.

Bumrah would be crucial to India’s hopes in both the initial and final overs, with his ability to swing the new ball and also bowl toe-crushing Yorkers with equal ease. 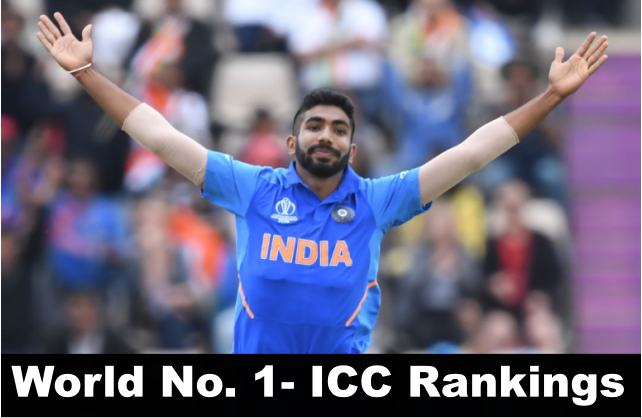 Bumrah tops the ICC ODI Rankings for Bowlers with 774 points and heads into the World Cup as one of the most promising young prospects.

Supergiants revive their campaign as the Daredevils chop,...

Top 5 Goals of Mario Gotze, back after...