Just seven international “A” matches, all friendlies, took place in the past month and, as a result, there are few movers in the latest FIFA/Coca-Cola World Ranking.

Most of the top 50 is unchanged, with Germany, Brazil and Belgium still the leading trio at the summit of the same top ten as last month. 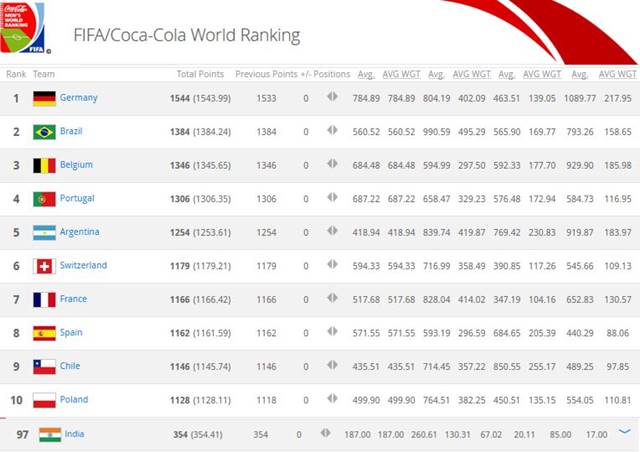 In fact, the first 47 positions remain totally unchanged from April’s ranking, but outside the top 50, a couple of teams have made notable advances. Kuwait (160th, up 16) have leapt up the table thanks in part to their 2-0 friendly victory over Palestine.

The Philippines (111th, up 2) are currently in their best-ever position in the FIFA/Coca-Cola World Ranking due to the Azkals’ positive results in recent months – which included qualifying for their maiden AFC Asian Cup appearance.

The next FIFA/Coca-Cola World Ranking will be published on 7 June 2018.

Rieti Grand Prix: European Para-Athletes all set for the show

ISL 4: Azuka, Thiago star in a 2-2 thriller at Jamshedpur