French Open 2019: 5 Reasons Why Tennis History Is At Stake

Published by Amir Rashid 7th May 2019

The Grand Slams are the most defining achievement when one looks at the Greatest of All Time in tennis (GOAT). From this perspective, this year’s French Open holds immense historical importance. There are 5 reasons why the tournament could prove as the Grandest of the Grand Slams for rewriting tennis records.

THE SLAM RACE BETWEEN THE BIG 3 OF TENNIS:

Federer, Nadal and Djokovic stand at 20, 17 and 15 Grand Slams. A Federer win at Roland Garros could push his record to 21. And with Wimbledon coming up in July, Roger would have the necessary confidence to take his slam count beyond Nadal and Djokovic’s reach. 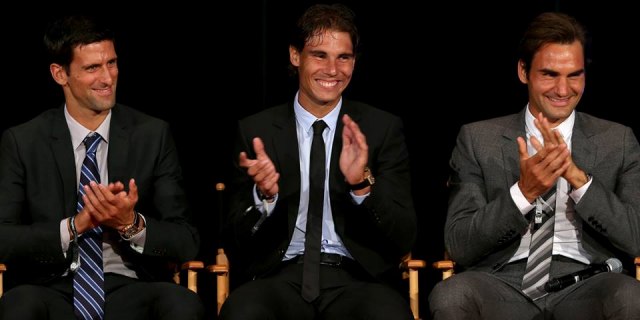 Rafael Nadal is the 11 time champion at Roland Garros. By repeating his performance at French Open, he could be the holder of 18 Grand Slams. This would put him just 2 behind his great rival from Switzerland. It could also increase Rafa’s chances to end up as the winner of most Grand Slams in history of men’s tennis.

Novak Djokovic the holder of previous three Grand Slams is also looking to make history of his own. The French Open win may not only add one more to his 15 Grand Slams but also bring his just 1 shy of Nadal and 4 behind Federer. Given his age and fitness Novak could back himself to break Federer’s record.

Rafael Nadal has been the most successful clay champion in the history of men’s tennis. However, the start of clay season in 2019 has been a bit lackluster by his illustrious standards. He has had to endure semifinal losses in Monte Carlo and Barcelona and is yet to win a title in 2019.

For Nadal, this year’s Roland Garros offers both challenges and chances. A win in Paris may not only increase his slam count but also his aura in front of his opponents. Anything short of a title however will undo both his confidence and invincibility on the red dirt.

After a disappointing 2 years, Novak Djokovic surprised many by winning Wimbledon 2018. He went on to win US Open 2018 and Australian Open 2019 in grand style. A title at Paris may result the Serb making two records.

He would become the first player in open era to win all four slams twice. He could also repeat the ‘Nole Slam’ again which is holding all four slams at the same time.

However, after the Australian Open blitzkrieg the world number 1 has looked pretty much out of touch. For him to have any real chances to lift the title in Paris needs a good show in Madrid and Rome.

Roger Federer is arguably the Greatest Player in Men’s tennis (GOAT). However, if there is one slam where Roger has achieved less than his potential, it is the French Open at Roland Garros. Much of this has been due to his four final’s losses to Rafael Nadal.

For Federer expecting 2019 French Open title looks a little farfetched at the moment. However if he does unwind his magic in Paris, his GOAT status could receive a permanent stamp. He could show once again that for him age is just a number and his magic is eternal.

CHANCE FOR THE NEXT GEN?

For last 15 years Grand Slams have been a story of Federer, Nadal and Djokovic domination. This is truer at Roland Garros where Rafa has created a sort of hegemony. However, the ‘Next-Gen’ is quickly knocking the doors.

Theim has already been the second best player on clay in last 3 years. He also defeated Nadal in style at Barcelona. Tsitsipas has broken into the top 10 this year and has lifted his first clay title at the Estoril Open 2019. With Rafa looking little out of touch, the youngsters many fathom their maiden Grand Slam chances at Paris.