Australian speedster Brett Lee burst onto the Australian team at a very tender age. With stalwarts like Glenn McGrath and Damien Fleming to look up to, one might argue that the fastest bowler of the World at one time had it easy.

From the Vault: Binga destroys India

However, coping up with the pressure of expectation is quite another thing and Lee picked up wickets in almost every match he played to race to 100 ODI wickets in just 55 games at a home game in Melbourne against England.

In doing so, he beat the likes of Glenn McGrath and Andy Bichel to the record.

The only Kiwi on the list and a legend at that. Shane Bond bowled rippers throughout his career and had he been more fortunate with injuries, he might have been even better.

From the Vault: Bond takes five

Here's one bloke who loved taking on the Aussies! Birthday boy Shane Bond claimed 5-25 in this ODI victory from 2002.

Bond made his debut early 2002 and before you knew, he had played 50+ ODIs in national colors by 2007 and picked up 100 wickets at Adelaide against England.

Saqlain Mushtaq will be remembered fondly by Pakistan fans for his contributions to the national cause, especially in 1992 joyride. Mushtaq reached 100 wickets in just 53 games against Sri Lanka in Gwalior in 1997 September. 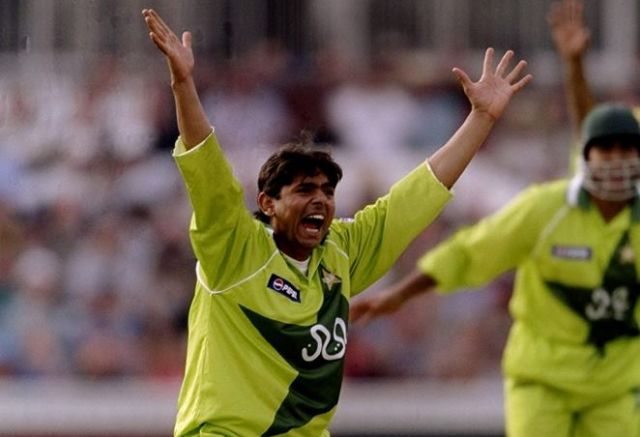 Mushtaq went on to become a cult for wrist spinners all over the World, someone whose class and consistency made even the best sit up and take notice.

Starc led Australia to glory almost single-handedly in the 2015 World Cup hosted by Australia and New Zealand. One of the primary pacers of the modern game, Starc stands out for his cause to the Baggy Green and his temperament on and off the field.

From The Vault: Starc rattles Windies

There's little doubt Mitchell Starc is a star, but where does he sit alongside Australia's greatest ODI players? Vote now: https://cricketa.us/2E42Hva

Starc reached the 100 wicket mark in the Colombo ODI against Sri Lanka in August 2016, after his heroics in the World Cup down under. He took only 52 ODIs in the process.

The new sensation in World cricket, Rashid Khan and Afghanistan have come miles in terms of cricketing development.

With Rashid Khan’s exploits with the ball complimented by great teamwork by the Afghan team as a whole, Pakistan’s bitter rivals are eyeing a positive outing in the 2019 World Cup.

Rashid Khan is miles ahead in this list, as he got to 100 ODI wickets in just 44 games, the milestone coming in an ODI against West Indies in Harare, Zimbabwe.

England Tour: Still a lot of room for...

Stuck At The Crossroads – India Downunder