Latest Sports News & Events
Korfball Players and what are the korfball facts?
What is Korfball in India and its rules?
Pro Kabaddi 2022: Puneri Paltan defeats Dabang Delhi 43–38.
Fazel Atrachali the most successful defender in PKL history.
Pro Kabaddi 2022 Season 9: U Mumba vs Telugu Titans
Home Cricket IPL 2022: Day 5 of the fifth Test match between England and India: highest-scoring run chase in a Test
CricketIPL T20

IPL 2022: Day 5 of the fifth Test match between England and India: highest-scoring run chase in a Test

The Indian cricket team scored 338/7 at the end of Day 1 of the fifth Test match between England and India.

After winning the toss, England decided to bowl first and scored its first run in just 6.2 overs. Before the lunch break was halted at 20.1 overs due to the arrival of rain, James Anderson claimed the wickets of both Shubman Gill and Cheteshwar Pujara, the openers. The first session ended with India at 53/2.

121 runs were scored during the second session, and Hanuma Vihari, Virat Kohli, and Shreyas Iyer all left the game early. However, the Indian batting order’s comeback into the match was sparked by the arrivals of Rishabh Pant and Ravindra Jadeja as they entered tea with a total of 174/5.

India passed 300 in the final session of Day 1 in 63.1 overs, with Pant scoring his sixth century in 89 balls. He, therefore, surpassed MS Dhoni’s previous mark for the quickest Test century by an Indian wicket-keeper.

Additionally, the 24-year-old made history by being the first foreign wicketkeeper to score two Test hundreds in England. At 146, Pant fell four runs short of scoring his second 150-plus run.

The 222-run partnership that Rishabh Pant and Ravindra Jadeja shared against England is a record for India’s sixth wicket and matches the number of runs that Sachin Tendulkar and Mohammad Azharuddin put together in Cape Town in the 1997 fifth Test match.

At the end of day 2 of the postponed fifth Test at Edgbaston on Saturday, stand-in skipper Jasprit Bumrah’s outstanding all-around performance and all-rounder Ravindra Jadeja’s dazzling century had put India in a commanding position against the hosts England.

Only 38.5 overs were bowled throughout the day due to rain, which also caused India to rely on Bumrah’s three wickets. Mohammed Shami and Mohammed Siraj each claimed one wicket, leaving England in peril at 84/5 at the end of day 2.

Bumrah beat England’s fast bowler Stuart Broad for a 35-run over during India’s innings, giving Broad the regrettable distinction of giving up the most runs off an over in Test cricket history.

India made 78 runs in 11.5 overs after resuming on 338/7 before England declared the innings over the fifth Test match. 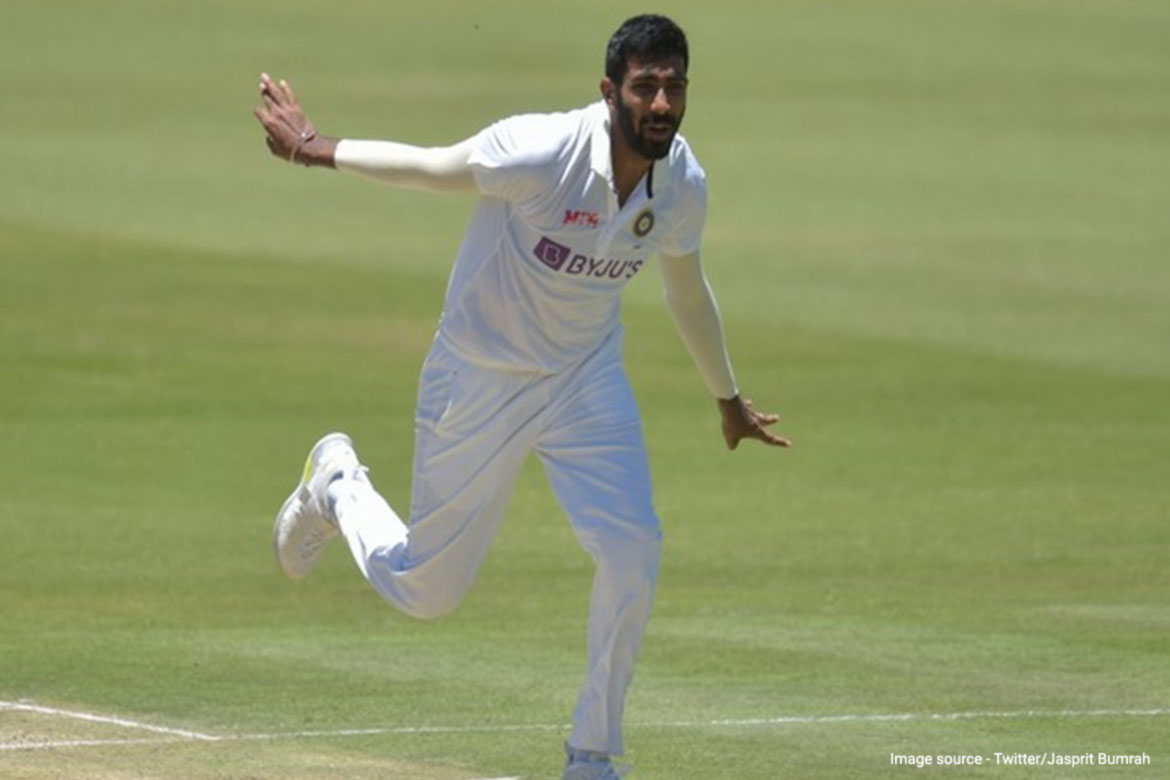 Mohammed Shami started off Day 3’s action by tossing a maiden to end England’s first innings’ 28th over. It took the Indian bowlers 10 overs to register their first wicket, which was Ben Stokes, who was taken out by Shardul Thakur. After dropping Stokes at 37.3 overs, captain Jasprit Bumrah made amends by attempting a second catch to get the opposing captain out at 37.4 overs fifth Test match.

Jonny Bairstow provided the foundation for England’s 284 first-inning runs with a 140-ball 106 despite the rain’s entrance. The English hitter achieved his 100 in 119 deliveries after initially battling with 16 runs from 64 balls.

By scoring his third straight century in a Test, Bairstow has now surpassed Michael Clarke (2012)’s feat of scoring five or more hundreds in Tests while batting no. 5 or below fifth Test match.

Since 2007, the Indian cricket team has been seven wickets away from winning a Test series in England.

The visitors went on to post a second innings score of 245 in 81.5 overs after starting Day 4 with a 257-run advantage. In addition to Cheteshwar Pujara (66), Rishabh Pant (57) was the only other batter to score a half-century for India.

England’s captain Ben Stokes took four wickets in his 11.5-over stint, and thanks to his heroics, his team now has a lofty 378-run total to reach.

The fifth test between England and India enters its last day with both teams hoping for an exciting conclusion. India needs seven wickets to win their first Test series on English soil since 2007, while England needs 119 runs to complete their biggest successful run chase in Test cricket’s fifth Test match.

In the fifth Test at Edgbaston, the England cricket team defeated India by a margin of seven wickets.

The opening over, thrown by Mohammed Siraj, saw four runs scored by the hosts, who needed 119 runs to win the match. However, once the action got started, it was just England having a good time in charge.

The 269-run partnership between Joe Root (142*) and Jonny Bairstow (114*), who both achieved their century in the 67th and 75th over, helped England complete its most successful run chase in Test cricket.

Two further records were broken during the England-India Test series, with the hosts’ run-chase of 378 making it the highest red-ball chase by any side against India’s fifth Test match.

Rishabh Pant led India in scoring with 203 runs, and Mohammed Siraj finished with four wickets in this match.

Know Cricketers Who Have Scored the Fastest Half-Centuries...