A six-day tournament gathering the world’s best women’s water polo teams will kick-off on Monday May 20 in Kunshan (CHN), during which eight teams previously qualified at the FINA Women’s Water Polo World League Intercontinental Tournament and at the European preliminaries will battle it out for the World League title.

Current Olympic and World champions, holding all titles on offer at the elite level so far, Team USA, will be the squad to beat next week in Kunshan Water Polo World League, from May 28-June 2.

Australia, Canada, China and Japan are the other teams qualified from the Inter-Continental Cup in Auckland held in April this year, while Spain, Russia and the Netherlands will represent Europe at the tournament.

The men’s Water Polo World League Super Final will be disputed from June 18-23 in Budapest (HUN).
Australia, Montenegro, Japan and Hungary will be part of group A, while USA, Croatia, Kazakhstan and Spain are in group B. 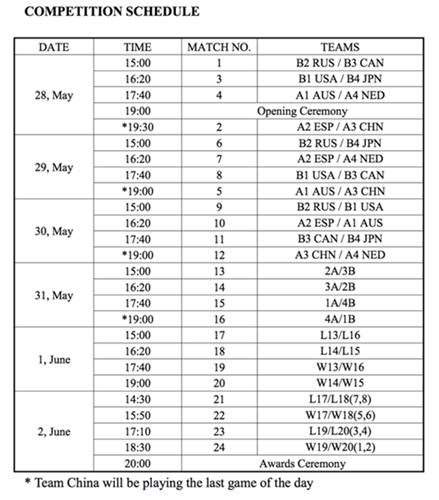