Another sporting league is about to begin in India, and this one will feature a game that many of us played when we were kids. The first season of Ultimate Kho Kho will take place over the course of 22 days at the Shree Shiv Chhatrapati Sports Complex in Mahalunge, Pune, Maharashtra, including

What you should know about the league, including its structure, live broadcast, points system, and teams, is as follows:Squads

During the 30-match league round, each team will play the other twice, with the top four teams moving on to the knockout stage, which will be contested in a playoff style. The top 2 teams will compete in Qualifier 1, and the victor advances directly to the championship match. However, the third and fourth-placed teams will fight in the Eliminator to earn a position in Qualifier 2, where they will take on the losers of Qualifier 1. The final will feature the winners of Qualifier 1 and Qualifier 2.

Each match will be played over the course of two innings.

Three defenders are considered one batch when they enter the field. A defending team will have four batches, each with 12 players.

Each game will have two innings, during which both sides will attack and defend four times each, with a three-minute rest in between.

Each inning will have two turns, during which a team will alternately attack and defend. There will be a two-minute rest in between each turn.

Match duration: There will be a two-minute pause after every seven-minute turn.

Changes at a glance

-Introduction: Powerplay and Wazir. In his half, powerplay, and review, Wazir has unrestricted movement.

-Change in match length: Each match consists of two innings and four turns, with each inning having two turns that last 7 minutes instead of the original Kho-Kho game’s 9 minutes each turn.

-Break times: The new format will have a three-minute break following the conclusion of an inning and two minutes between each turn. A five-minute pause is often taken between each turn and an interval of six minutes separates the innings in this game.

– Redesigned mat size: The mat size was changed from 27m x 16m to 22m x 16m to speed up play. The game will become more intense and exciting if there is less space between the attacker and the defender.

-Modification to the Point System: An assaulting team will now receive two points for each touch. Typically, in traditional Kho-Kho matches, it is one point. For select attacks, there will also be an additional bonus point.

Sizes of the mat

The mat size was changed from 27mX16m to 22mX16m in order to speed up the game. The game will change and feature more thrilling action if there is less space between the attacker and defender.

Attacker block: Attackers’ sitting areas, called attacking blocks, are now 40cm by 40cm in size. It is typically 35 cm x 30 cm. Attackers will be able to sit comfortably on the larger block, which will also allow for an equal pole-to-pole distance and a center point between the poles.

Defenders will enter the field from a single entry box that will be shared by both teams.

Coach arena: During breaks, the coach can discuss strategies with the players in the coaching arena, which is next to the playing field.

Bonus point: The attacking team will receive one bonus point each of the following three times:

-If the defense gives up (self out/out of the field) or they successfully capture an opposing player using deft gameplay techniques like a pole dive or skydive.

The attacking team can guarantee a total of three points per capture with this extra bonus point.

Bonus for a batch: If one batch defends for more than two minutes and thirty seconds, they will receive two points, and they will continue to receive two bonus points for each 30-second period until the entire batch is expelled or the turn is completed. 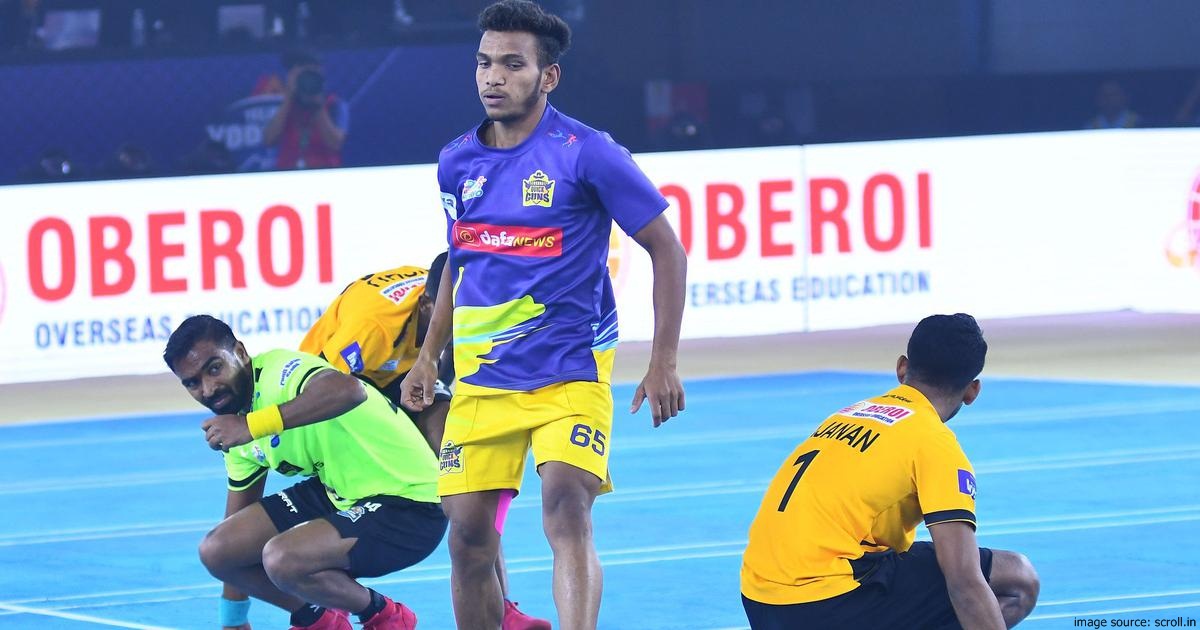 Indian sports minister has a message for J&K...