2016 Rio Olympics is just around the corner and India is more than honored to be sending in its largest contingent of athletes since 1900. Yes, you read that right! 1900 Paris Olympics was the first time for an Indian athlete to not just participate but also take away India’s only medals in Track and Field event.

Talk of athletics and we already have had an image of P.T. Usha bolstering past her competitors or Milkha Singh flying like nobody’s business, whisper cricket and be ready to see even a layman turn into a self-made critic.

But how often have we heard of the likes of Karnam Malleswari, Gagan Narang or Roop Singh? Need not even think. These are some of the Olympians who shone in World sports and raised the bar higher every time they performed.

Talking strictly about Olympics, we dared to list India’s top five Olympians who made a country of 2 billion proud, time and again!

Mind you the list of achievements of these sports stalwarts demand a little more than just a paragraph and to rank them is to diminish their success for we cannot compare an athlete to a cricketer or a shooter. Each of these players has a special place in their respective sport and in the hearts of the Indian Sports Fan.

Apart from the top five, we picks players whose achievements cannot be neglected- tennis ace Leander Paes and first woman Olympic medalist Karnam Malleswari.  Leander won a bronze medal for India in singles in the 1996 Atlanta Olympic Games. He is the first Indian and the only tennis player to compete at six Olympic Games from 1992 to 2012.

Malleswari, on the other hand, won a bronze at 2000 Olympics in Weightlifting making her the first Indian woman medalist.

The fifth best is shared by two Olympians.

Rajyavardhan Singh Rathore got us our first ever silver medal in shooting at 2004 Athens Olympics in Men’s double trap category. 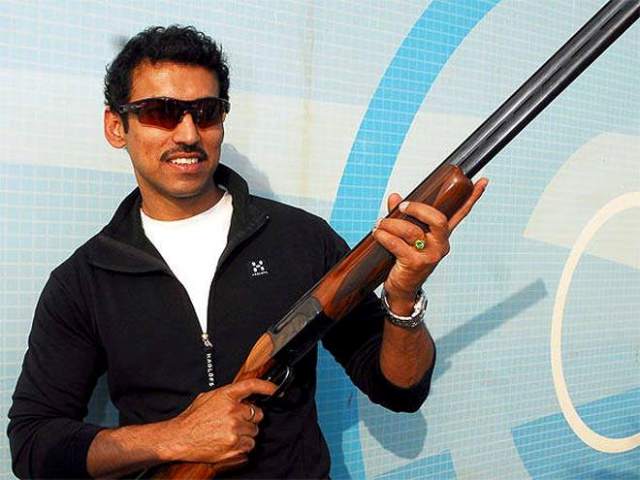 Other achievements before and after his Olympic feat are worth a front page news too! 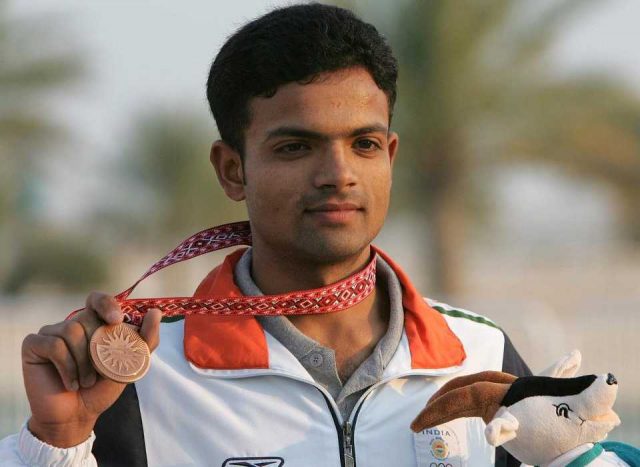 Won two gold medals at the 2006 Commonwealth Games, winning a bronze the same year in the Asian Games.

Finished second at the Asian Championship in 25-meter center-fire pistol in 2007. In the 2010 Commonwealth Games, he won three gold medals and one silver. Recipient of the Arjuna Award in 2006, Rajiv Gandhi Khel Ratna in 2012 , Ati Vishisht Seva Medal in 2013 and Padma Shri in 2013.

Fourth, really? Were expecting him up the order, right? 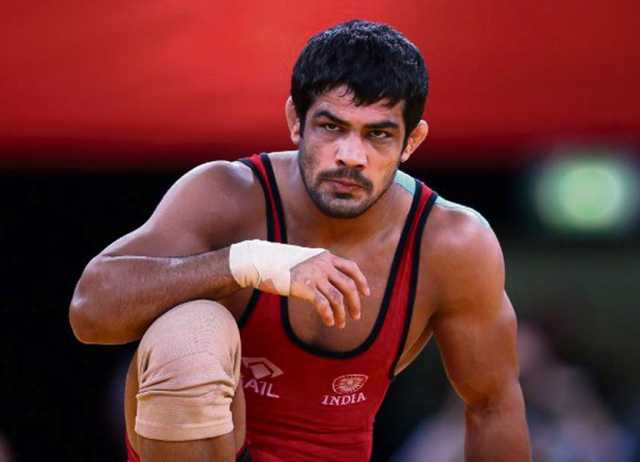 He is the second only Indian to have won two Olympic medals individually and the first for independent India. He got us our second bronze medal in wrestling at the 2008 Beijing Olympics. The first ever was won by Khashaba Dadasaheb Jadhav in 1952.

Sushil Kumar makes it to top five owing to his second medal, a silver in the same category at the 2012 London Olympics.

The nation expected and waited desperately to see him create a hat-trick history with a gold this year, but sadly he isn’t a part anymore following a shift in his weight category.

Kumar became the first Indian to win a world title in wrestling at the 2010 Wrestling Championship.

Won gold at the 2010 and 2014 Commonwealth Games in Delhi and Glasgow, respectively.

Norman Pritchard, born in Kolkata (then Calcutta) in 1877 was the first Indian-born athlete to participate in the Olympic Games. He was also the first athlete from India and the first athlete representing an Asian nation to win an Olympic medal. 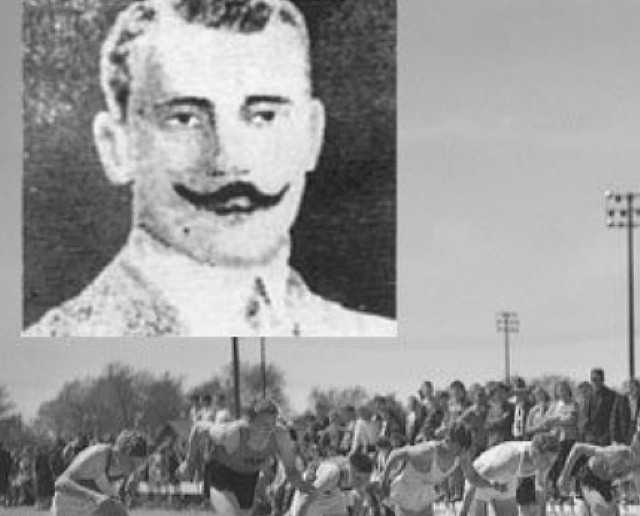 The lone Indian athlete who participated at 1900 Paris Olympics enjoys the title of the only Indian to have won medals in athletics. He clinched two silver medals in 200-meter and 200-meter hurdles. None have managed to bag a medal in track and field events yet.

However, this is controversial as authentic records were not maintained at that time. British historians tried claiming the title as India was under British rule back then. But just as no one can claim the three hockey gold medals won before Independence this gets ruled out too.

Around the world, others continue to stick to the records as maintained by the IOC since 1900. The IOC, in its archives and website, continues to credit his two medals to India.

The now cricket frenzy nation was once the superpower in World Hockey. Dhyan Chand was a staunch contributor to its popularity. He earned the country three consecutive Olympic gold medals in 1928, 1932 and under his captaincy in 1936. 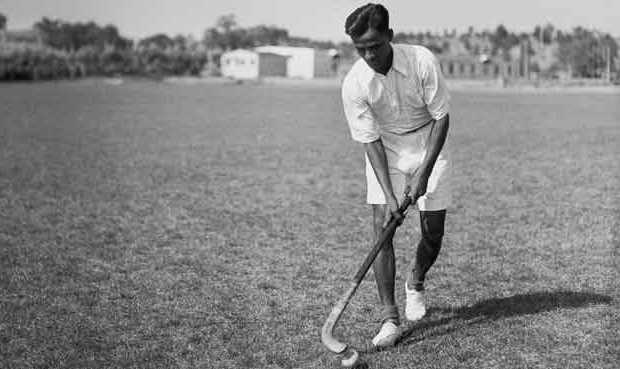 The hockey team has won 8 gold, 1 silver and 2 bronze medals in Olympics. This record remains unbeaten.

He played as the centre-forward and was best known for his extraordinary goal-scoring feats. He was so good that the Fuhrer of Germany was compelled to take notice too. This landed the wizard with a job in German’s army which he respectfully declined so he could rather serve his own country.

Later, however, he regretted as the Indian government did very little to help him and his family in his ailing years.

He earned himself titles like ‘the wizard’, ‘Major Dhyan Chand’ during the course of his game.

He was awarded the Padma Bhushan in 1956. He was also a contender for Bharat Ratna which was eventually bestowed upon cricketing legend, Sachin Tendulkar.

It is not for nothing that National Sports Day in India is celebrated on 29th August, but to celebrate the birth of this legend.

Undoubtedly! Abhinav Bindra, a man who walks with a baggage of many firsts before his name. 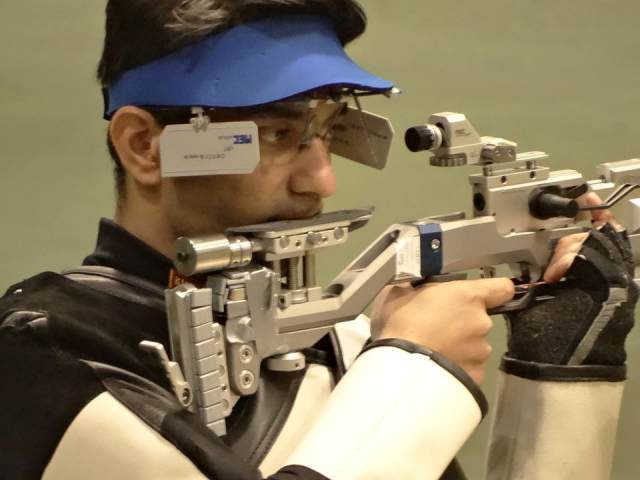 The first and only Indian to have held both the World and Olympic titles at the same time having won the gold at the 2006 ISSF World Shooting Championships followed by the Olympic feat.

At the 2002 Commonwealth Games, Manchester, he won Gold in the Air rifle event.

Recipient of Rajiv Gandhi Khel Ratna in 2001, Padma Bhushan in 2009 and Honorary lieutenant colonel by Indian Territorial Army in 2011.