Earlier this week we at SportsCrunch picked up 5 favourites to win the Madrid Masters. Four of our five picks are the eventual semifinalists in the tournament. It will be a super Saturday in the Spanish capital as we analyze who could make it to the finals at the Caja Magica. 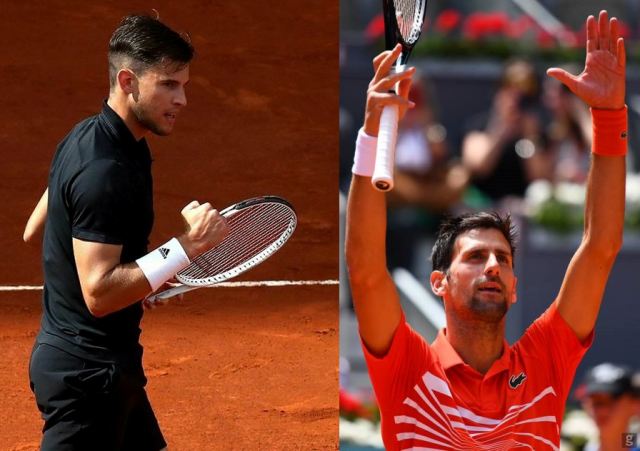 It will be the battle of the heavyweights, when Dominic Thiem and Novak Djokovic clash in the high-profile first semifinal of the 2019 Madrid Masters. With both the players in great form, we should expect a nail-biting the contest.

The World Number 1 Novak Djokovic who seemed to lose his magic after Australian Open win now seems to have found it back in Madrid. He was clinical in his first match against the young American Taylor Fritz dispatching him 6-4 and 6-2 in straight sets.

However in the contest against the Frenchman Jeremy Chardy proved a bit testing. The second set went to a tie-breaker with Djokovic coming out victorious. The quarter-final against Marin Cilic should have been a test for Djokovic. It however proved an anti-climax as Cilic pulled out due to food poisoning.

Novak’s semifinal opponent Dominic Thiem has had plenty of tests this tournament. After avoiding a scare against American Reilly Opelka in his first match, Thiem was again at his imperious best.

He dispatched the Monte Carlo Champion Fabio Fognini in straight sets and then won a 3 set thriller against the 3 time Madrid Champion Roger Federer. Thiem came from a set down and saved 3 match points before dominating the 3rd set against Federer.

Though the stats may favour Djokovic as he is the 2 time past champion but it is Thiem who looks as the man of the moment. He is on a career upsurge in 2019.In Barcelona he dispatched Rafa Nadal in style and looks at home on clay.

Another factor that might go Thiem’s way is that he unlike Djokovic has been through a stern test beating Fognini and Federer. Djokovic had a walkover in his quarterfinal match and has not faced a quality opponent yet. This makes Thiem the favourite. 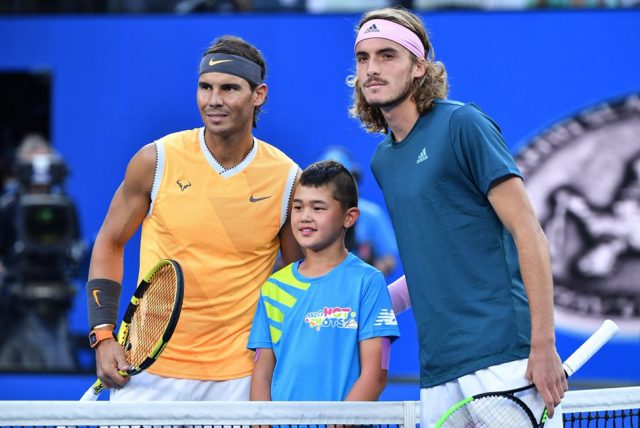 Plenty of questions surrounded Rafa Nadal’s form when he landed into Madrid. He lost this year both in Monte Carlo as well as Barcelona which has been very rare in last 15 years.

However, in this tournament he seems to have found his mojo back. He is yet to drop a set en-route to the semifinals. After dispatching two rising stars Felix Auger Aliassime and Francis Tiafoe in straight sets each, Rafa was ruthless against the Swiss Stan Wawrinka in the quarterfinals.

Nadal barely broke sweat ending the match in just over an hour. He won double the points than his opponent. The highlight of the match was Nadal’s extreme defensive skills against the speedy forehand and backhand shots of Stan Wawrinka, which could have proved a winner against most players.

Contrary to his opponent’s smooth sailing , Stefanis Tsitsipas had a grueling 2 hour 3 set quarter-final match against German Alexander Zverev. He also played a doubles match after that, adding to the time spent on court.

Tsitsipas though has looked in great touch in last 2 weeks. He became the Champion is Estoril and is now a Top 10 player. However, the task of defeating Nadal on clay, which he faces in the semifinals, is described as hardest test in tennis.

Nadal and Tsitsipas have met 3 times till now with the Spaniard winning all the contests. It appears unlikely to change on Saturday as Rafa Nadal is looking as a caged lion hungry for his first title in 2019.

5 Amazing Things You Need To Know About Maria Sharapova