3 Best Matches Between Big 3 At Wimbledon

This year’s 3rd Grand Slam at Wimbledon has now reached its deciding 2nd week. As like past many year, the BIG 3 i.e. Federer, Nadal and Djokovic were dominant in the initial week and look set to collide in the final stages of the tournament. Most tennis experts have predicted that the eventual winner this year would most probably be among the trio. We look back at 3 epic contests between these great 3 players at Wimbledon in the past years. 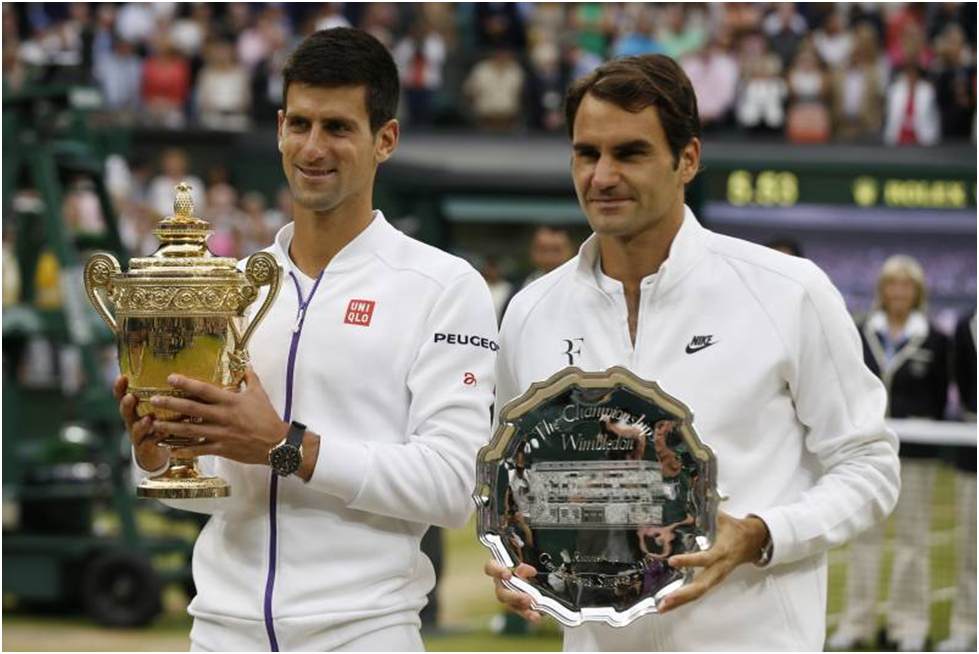 The 2014 Wimbledon Men’s final promised a lot. Roger Federer, arguably the best male Grass Court player of Open Era was playing the World Number 1 and the best player at that time Novak Djokovic. Federer took the 1st set on tie-breaker and appeared on course to end his 2 year Grand Slam drought.

The Serb superstar however was not to be held back for long. He took the nest two sets and looked to cruise away with the match. Federer dug deep and fought back to take the 4th set. A one set shootout would now decide the champion.

In the 5th, Djokovic broke early and then managed to hold his serve every time. He held his nerve and displayed ruthlessness to take the final set 6-4 and give himself a 2nd Wimbledon trophy. 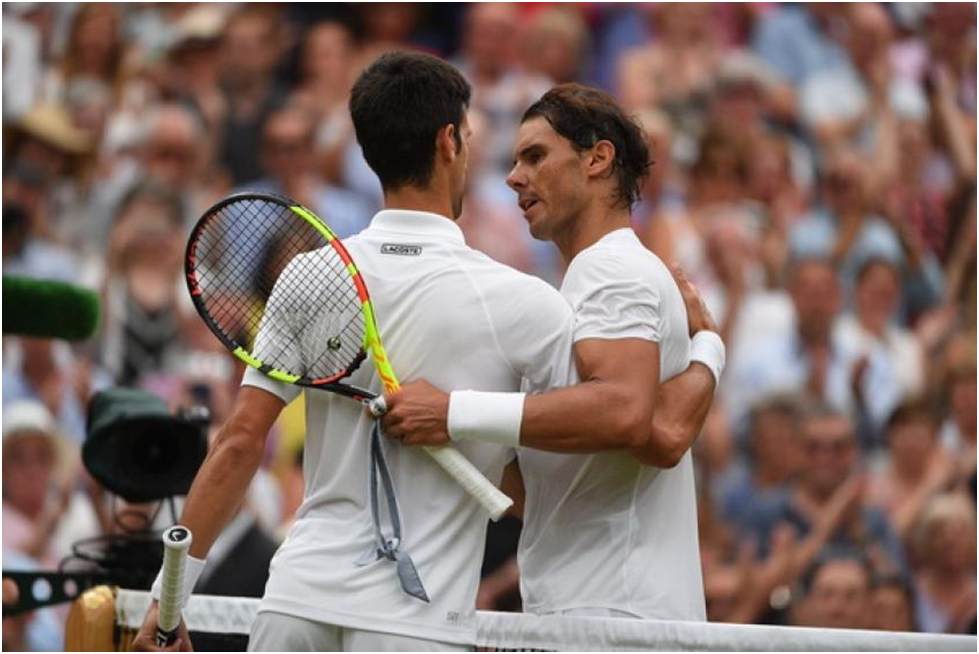 Rafa Nadal was coming to Wimbledon on a high after having conquered Paris, a month earlier. He had managed to reach his 1st Wimbledon semis since 2011. Novak Djokovic also was fighting a battle of his own, trying to end a 2 year barren run at Grand Slam level.

Djokovic broke early in the 1st set and then went to take it 6-4. Rafa fought back with vigor and intensity and won the 2nd set 6-3. The 3rd set reached a tie-breaker where the Spaniard had several set points but could not cross the line, eventually handing Novak the set 7-6.

Nadal win the 4th set to take the match to a deciding 5th. The last set both players rose their level of play. Nadal again had several break points but could not break the Djokovic serve. In 18th game, the Spaniard’s serve faltered and he handed Djokovic the match. Rafa dream of a 3rd Wimbledon remained elusive but a day later Novak Djokovic eventually won the Championship and ended a drought of 2 years. 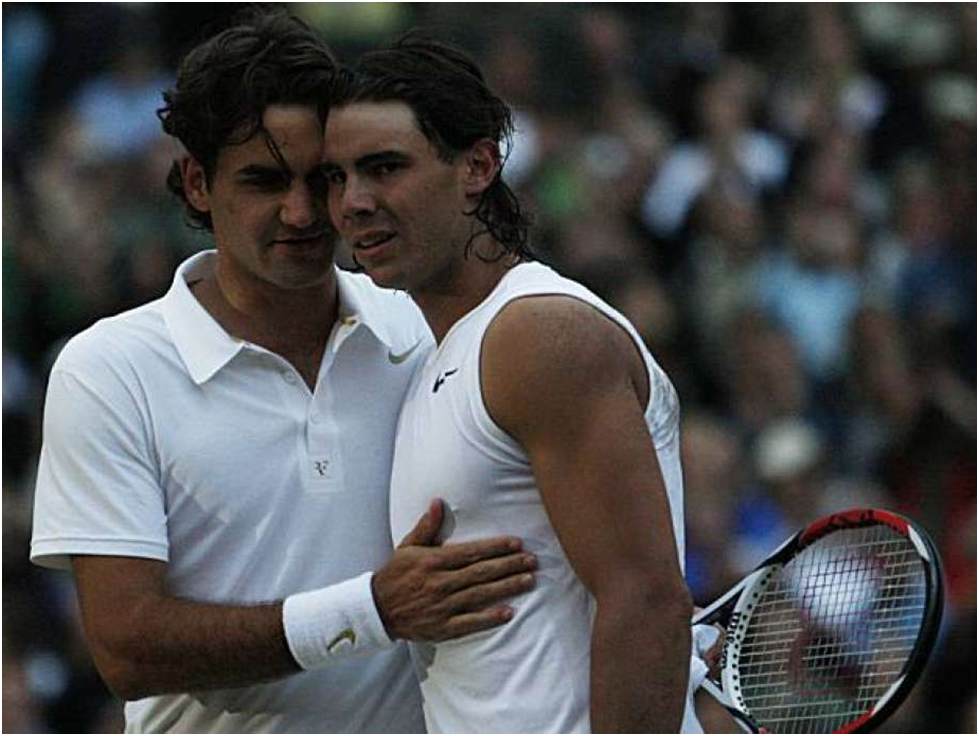 This is regarded by most tennis experts as the greatest tennis match ever. Rafael Nadal had been beaten by Roger Federer in the 2 previous Wimbledon finals in 2006 and 2007. The Spaniard had honed his grass court game and now was a worthy challenger to Federer in the Swiss great’s own kingdom.

Nadal raised many eyebrows by taking the 1st and 2nd sets 6-2, 6-4 against Roger Federer. Finding himself under the barrel of a two set deficit 1st time at Wimbledon, the champion appeared shell shocked. Federer dug deep to win the next two sets, both on tie-breakers and thus level the match.

Nadal eyes were now showing the disbelief and it appeared that he might again be so near yet so far. The Spaniard however defied his young age and showed how much a matured head he carried on his young shoulders.

The last set was an absolute master-class. With no tie-breakers allowed, threatened to be a never ending game with no player willing to give an inch. Yet at 7-7 Federer was the 1st to crumble. Nadal broke and then held his serve to take the game, set and match. The Spaniard was now the new man at the helm of Men’s tennis.

Top 5 Goals Of Xabi Alonso, Best Midfielder Of His Generation

Do You Know the Youngest Indians to Score an ODI Century?

5 Cricketers with the Most ODI Runs against India