Top Sports News & Events
Top 10 Highest Innings Totals While Chasing in ODIs
Tokyo 2020 Olympic Games To Be “United by Emotion”
Wimbledon 1981: When John McEnroe won Wimbledon Title
2 Biggest Roger Federer Records That He Could Lose By End Of...
Cricketers Who Have Hit the Most Fours in International Cricket
Home Mega 4 RowTennis 4 Female Tennis Players Who Are the Greatest Wimbledon Champions
Tennis

4 Female Tennis Players Who Are the Greatest Wimbledon Champions

The Grass Court swing 2019 has reached its showpiece event Wimbledon. The year’s 3rd Grand Slam held at the All England Tennis Club promises stiff matches and new records in tennis. We look back at 4 Greatest Female Wimbledon Champions. 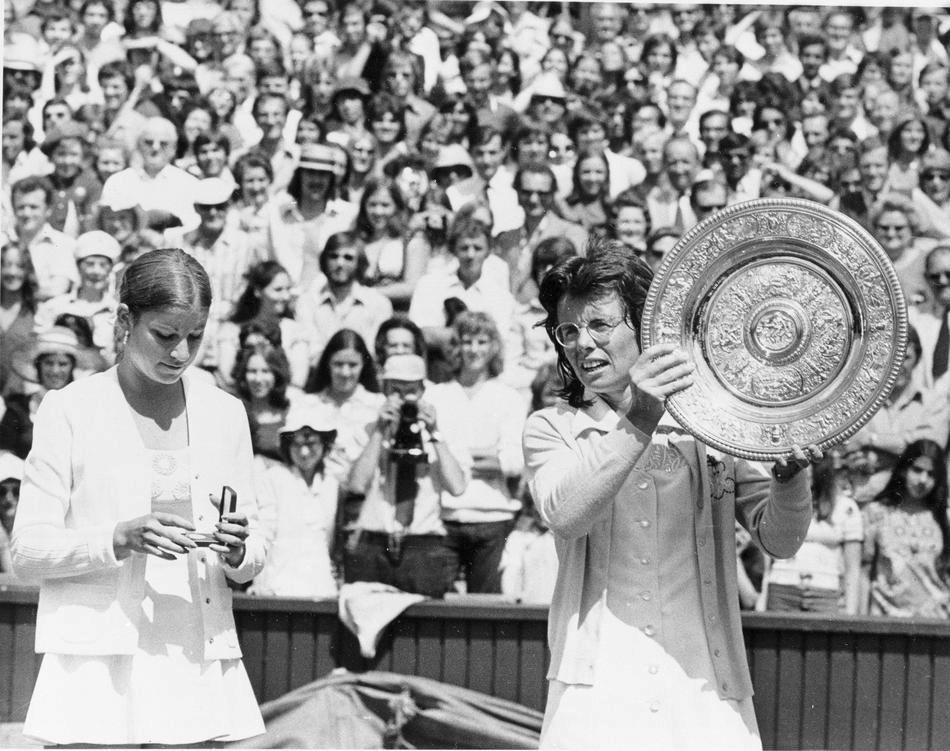 This American tennis icon played a great role in putting tennis on the global map. Billie Jean won 12 Grand Slams in her career. She won 6 Wimbledon titles making her one of the greatest Grass Court players.

Episode 4 – King of the Court

In one remarkable summer, Billie Jean King reshaped the future of not just women’s tennis but women’s sport. For Episode 4 of #JoinTheStory, we're travelling back to the 60s and 70s to remember one of the sport's finest players and activists…

Billie Jean was also known for advocating gender equality in the game in terms of prize money and other things. She remains respected in the world of tennis both for her explosive game as well as reformative ideas. 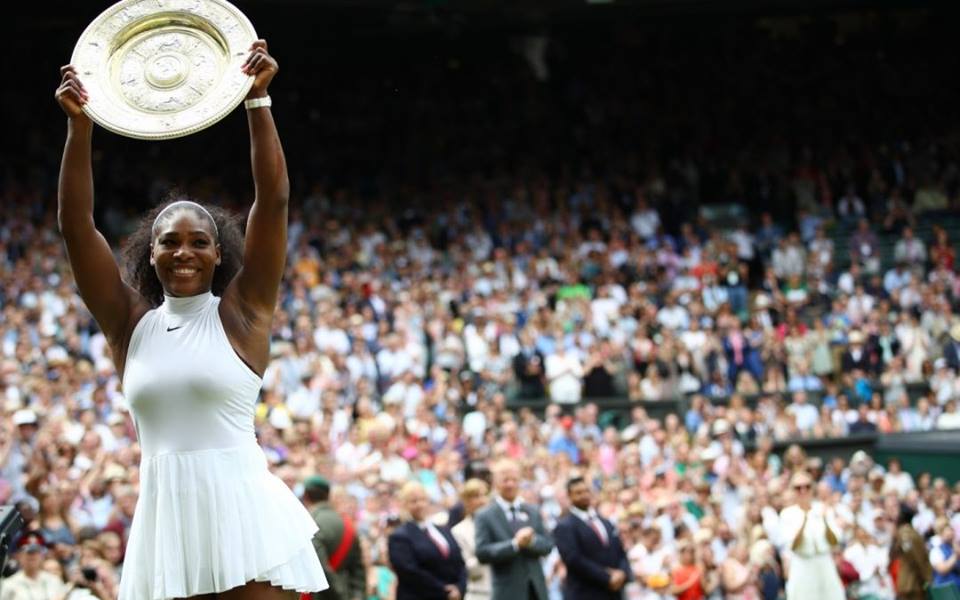 The younger Williams sister holds 23 Major titles with her. She is still going in quest of improving Margaret Court’s 24 slam record. Serena has won 7 Championships at Wimbledon. She finished runner up in 2018 at both Wimbledon and the US Open and is a strong contender this year also.

Will it be a first #Wimbledon title for Angelique Kerber or an 8th for Serena Williams?Saturday's final is a repeat of the 2016 title match. More of the same please…

Serena has a great grass court game aided by her powerful serve and great balance of the fast courts in Wimbledon. She could add more Wimbledon titles to her resume before hanging the racket. 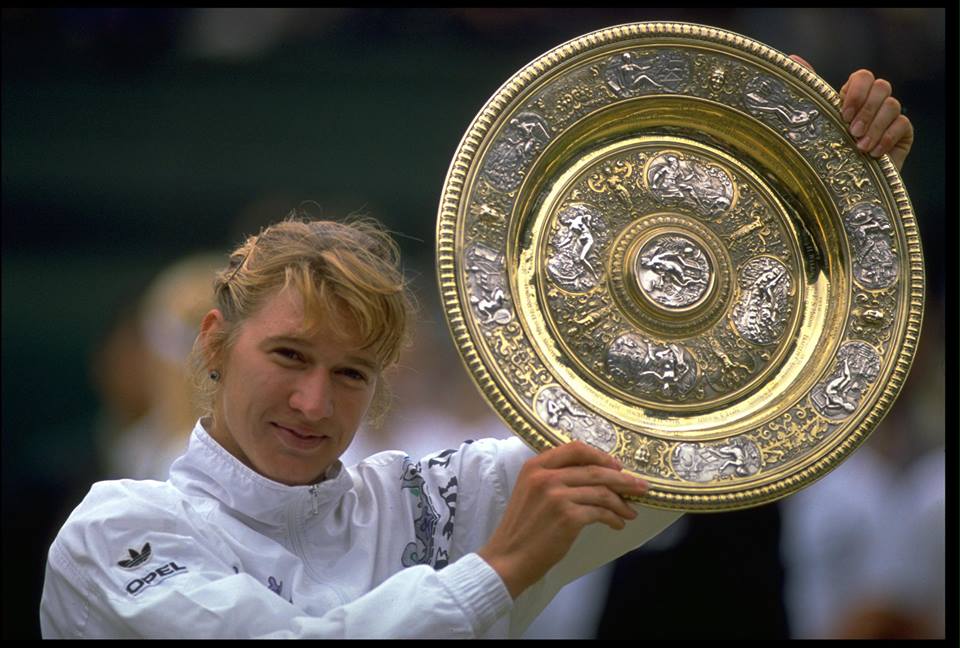 This Great German Athlete famously called as Fraulein Forehand was the greatest all court player in tennis. Steffi won 22 Grand Slam titles in here amazing career. She won 7 of these at the Centre Court of Wimbledon. Steffi played a total of 9 Finals at the All England Club.

Graf’s greatest career year came in 1988 when she won all 4 Slams as well as the Olympics Gold Medal in the same year. This is a feat never else been achieved by any other male or female tennis player. 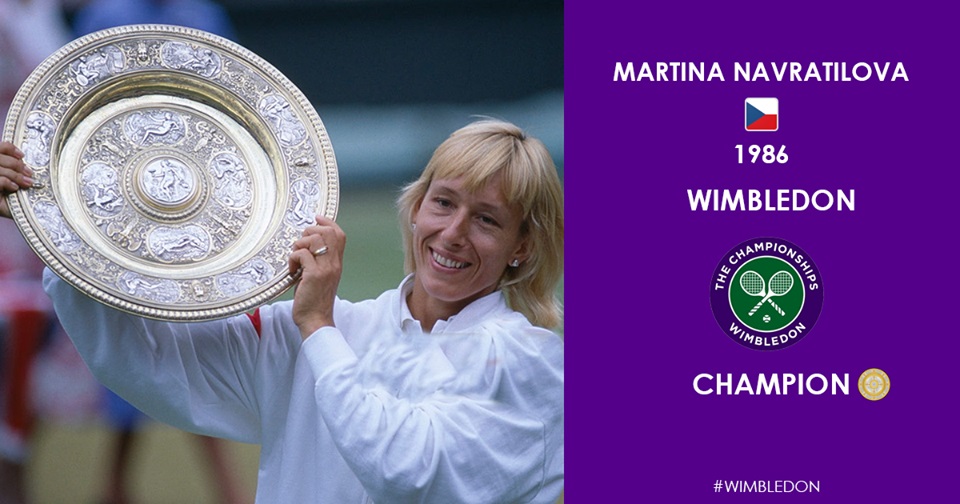 This Czech born American has been the most successful Champion at the All England Tennis Club. Martina won 9 Wimbledon Championships between 1978 and 1990. She won her 1st title there at the young age of 21 years and last one at 33 years of age.

Sometimes, the journey means more than the destination.Remembering Martina Navratilova's captivating run to the Wimbledon final in 1994…#JoinTheStory

The winner of 18 Grand Slams, Navaratilova dominated the Grass of Wimbledon for 15 years in both singles and doubles. In the journey of her 9 Wimbledon trophies Martina defeated accomplished Champions like Chris Evert, Tracy Austin and Steffi Graf there.

2 Biggest Roger Federer Records That He Could Lose By End Of...

4 Reasons Novak Djokovic Is Close To The GOAT Status In Men’s...

Rafael Nadal At Australian Open: A Decade Of Lost Chances

Australian Open 2020: The Most Crucial Slam For Rafael Nadal’s Legacy

Tata Open Maharashtra: Nagal, Gunneswaran advance to Round 2 of Qualifiers

Injury can never be an impediment for Nadal