Top Sports News & Events
Top 10 Highest Innings Totals While Chasing in ODIs
Tokyo 2020 Olympic Games To Be “United by Emotion”
Wimbledon 1981: When John McEnroe won Wimbledon Title
2 Biggest Roger Federer Records That He Could Lose By End Of...
Cricketers Who Have Hit the Most Fours in International Cricket
Home Cricket England Back To Winning Ways; End India`s Streak
Cricket

England cricket team reminded the world yet again why they were called the favorites to win the title. They exhibited the form that they have been showing for the past two years with the strongest batting line-up in the world by crushing the only undefeated team in this world cup till yesterday – India. England batsmen were back to their free scoring ways as they made 337 runs against one the strongest bowling side in the world and then stopped them at 306 for 5. England won by 31 runs and stays in the fight for semi finals.

England had won the toss and chose to bat first. This had to be an interesting contest as England had lost their previous two matches as their batting did not work while India on the other hand had won all their matches on the back of a strong bowling effort. England openers Jason Roy and Jonny Bairstow  buried their demons pretty quickly as both the batsmen were off to a flying start scoring boundaries at will. A poor judgement on the part of the umpire first and then Team India,

“who did not opt for a review of appeal for caught behind against Jason Roy in the 11th over of the innings where he had clearly gloved the ball” also added insult to injury as the opening pair went on to add 160 runs in just 22 overs before Ravindra Jadeja (fielding in place of KL Rahul) pulled off a blinder on the long on boundary to send Roy back for 66 runs off 57 balls. Bairstow at the other end continued his carnage hitting spinners for sixes at will to reach his century off just 90 balls. 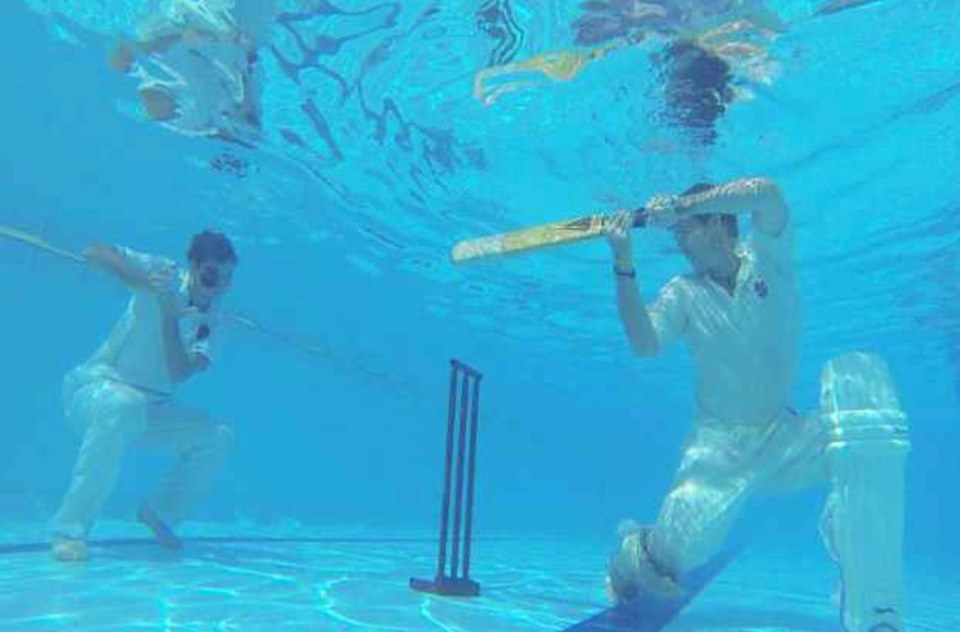 Indian bowlers made a comeback though for a brief period as they suddenly put a choke on English batsmen from around 23rd over to 39th Over when they gave away just 70 runs and also picked up crucial wickets of Bairstow and Eoin Morgan pushing the run rate below 6 for the first time since the 10th over. It was the 40th over of the innings which was bowled by chahal that opened the flood gates yet again as Ben Stokes took 15 runs off it to start the final march. Ben Stokes kept hitting away as wickets kept falling at the other end but the runs kept coming. Mohd. Shami picked up a fifer but gave away 69 runs in his quota of 10 overs, most of which came in his final 3 overs. Bumrah on the other end was at his best bowling Yorkers and slower ones cleverly to make batsmen work hard for every run. Bumrah gave away just 44 runs in his 10 overs whereas Chahal and kuldeep went for 88 and 72 runs respectively. It was Bumrah`s spell that restricted England to 337/7 when they looked set for a score of around 360.

India chasing 338 to win started in the worst possible manner with KL Rahul going back to the pavilion for a nought off 9 balls off the bowling of Chris Woakes who bowled 3 consecutive maiden overs to start the innings. Rohit Sharma and Virat Kohli batted a bit too cautiously as India managed just 28 runs in the first 10 overs. Chasing 338 and making just 28 runs in the first 10 overs and that too when you lose just 1 wicket is nothing short of criminal but India has been playing that way throughout the tournament. They have been cautious to start with and the focus has been on saving wickets to be able to flourish in the final overs. Kohli and Sharma were batting with a plan as they added 138 runs together in about 25 overs to pull things back a bit but Kohli fell for a well made 66 off 76 deliveries against the run of play. This was Kohli`s fifth consecutive fifty in this world cup and wherein it could mean a great record for other batsmen but for Kohli, it should be disappointing to not be able to convert a fifty into a century which is so unlike him. Rohit on the other hand went on to complete his 3rd century of the world cup 2019 off just 106 balls but failed to take his innings and the game much farther. Batsmen came and went and scored runs too but were always behind the asking rate. Rishabh Pant, who was brought in at No. 4 in place of Injured Vijay Shankar scored 32 off 29, Pandya made 45 from 33 balls. MS Dhoni was not out on 42 runs off 31 balls which makes a good strike rate in terms of numbers but it was the lack of intent by Dhoni and Kedar Jadhav in last 5 overs that did not go down well with the spectators. Both the batsmen were booed in the stadium when they just looked to rotate strike  in end overs when more 15 runs were required per over. Such poor was the batting in the final 10 overs when the required rate was 10.3 that India scored their 50 runs from 250 to 300 in 47 deliveries and that is where the game was lost. England bowlers did bowl well by using the slower balls to perfection on a good batting pitch. They had their fielders at all the right positions as boundaries were really hard to come by. 3 England bowlers, Woakes, Archer and Plunk went for less than 6 runs an over in their 10 overs with Woakes picking up 2 wickets and Plunk picking up 3 wickets for England. 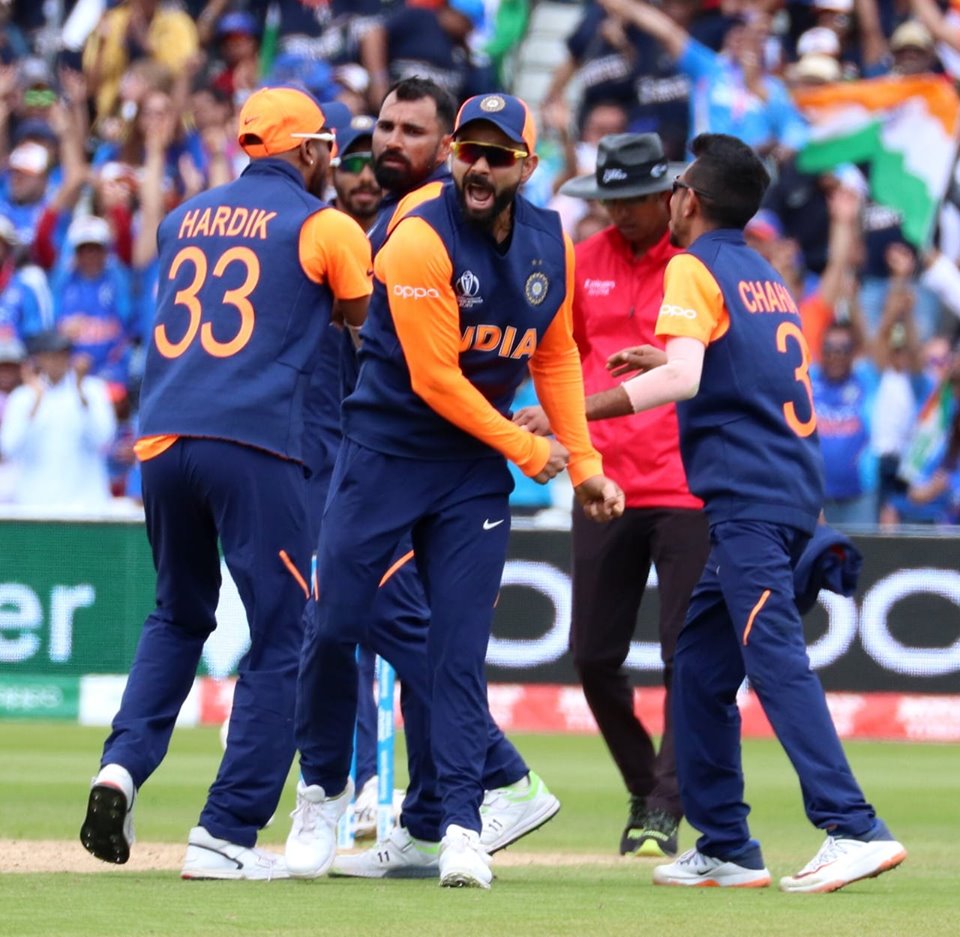 What bamboozled the viewers more was that India lost just 5 wickets in their 50 overs and still could not get close to the England total. Batsmen at the end did not take any risks to up the scoring and that where it all went downhill for India.

It was a match which was being followed by all of sub continent with Pakistan, Sri Lanka and Bangladesh all wanting India to win. An English loss would have meant that Pakistan, Bangladesh and Sri Lanka would still have an outside chance of qualifying for the semis. Things did not go as planned and now England look firm favourites for the semis along with India but Pakistan and Bangladesh are still hanging by a thread and a prayer.

Naresh has been imbibing sports since his childhood & cricket has been something close to his heart. He eats cricket, drinks cricket & talks cricket.

5 Male Tennis Players Who Are Favorites At Wimbledon 2019

Cricketers Who Have Hit the Most Fours in International Cricket

Cricketers Who Have Hit the Most Sixes in International Cricket

Cricketers Who Scored the Most International Fifties

Cricketers Who Scored the Most International Hundreds

Dhoni is the best wicketkeeper in the world, says Chief selector MSK...

Pandya, Kuldeep rout Sri Lanka as India close in on a whitewash

Bangalore buck the trend: Beats the Supergiants by 13 runs