The confrontations in Ultimate Kho Kho (UKK) were really exciting. The Odisha Juggernauts defeated Rajasthan Warriors by a score of 51-45 in the opening match. The second match at the Shree Shiv Chhatrapati Sports Complex in Mahalunge, Pune, saw Gujarat Giants upset Telugu Yoddhas by a score of 51-48.

After winning the toss, Odisha Juggernauts asked Rajasthan Warriors to launch their attack first. To get things going, the Warriors used a Powerplay and took 1:32 to eliminate the first batch of defenders for Odisha. The Batch 2 Defenders of the Juggernauts held out for more than three minutes while completing a four-point Dream Run to establish their account. After the Juggernauts’ Defenders put on a display, the Warriors’ Attackers were sluggish on the mat, but finally gained a 17-point advantage thanks to five Sky Dives and three running touches Odisha Juggernauts defeated Rajasthan Warriors.

Prior to the start of this game, the Warriors only had 14 defensive points. One of the strongest Warriors Defenders, Akshay Ganpule, executed a Dream Run for his team despite the Juggernauts’ overzealous behavior and taking the Powerplay at the start of this Turn. As their second batch of defenders finished a four-point Dream Run, the Warriors appeared to be a completely different team in the defensive zone. The Warriors were a difficult group for the Juggernauts’ Attackers to shake. At the conclusion of the first inning of this event, Rajasthan Warriors found themselves in the lead for the first time after securing a six-point advantage Odisha Juggernauts defeated Rajasthan Warriors.

The Warriors’ body language changed as they added a large number of three-pointers to their attack to increase their lead at the start of Turn 3. The Juggernauts’ captain, Dipesh More, appeared committed as he added a six-point Dream Run to close the lead for his team. In this Turn, the Warriors committed just too many faults and kept making the same errors. When the final Turn rolled around, the Warriors lead was just 16 points.

The Juggernauts’ Attackers appeared fired up to clean up Rajasthan’s Batch 1 Defenders with all three-pointers, while the Warriors required a Dream Run to keep the advantage. Odisha used the Powerplay to gain the upper hand in the match, but Akshay Ganpule was outstanding on defense and gave the Warriors a Dream Run. This wasn’t enough for them, though, as the Odisha Juggernauts turned the tables on the Rajasthan Warriors in the closing seconds and won by a score of six points to take the lead in the standings Odisha Juggernauts defeated Rajasthan Warriors.

When Gujarat Giants won the toss, they opted to play defense first. When Sagar Potdar of the Batch 1 Defenders gave Gujarat Giants a Dream Run, it was the perfect beginning. Aniket Pote, the Giants’ in-form defender, entered the game in Batch 2, and the Yoddhas immediately took a Powerplay. However, the Giants’ defender continued to work his magic and secured a Dream Run for his team. The Yoddhas led the Giants by 19 points after seven minutes of play because they appeared to be the stronger team.

In just 36 seconds, the Giants eliminated the first batch of Yoddhas’ Defenders while appearing to be in control. The Yoddhas was then headed by Pratik Waikar, who entered the game in Batch 2 and scored a two-point Dream Run. The Giants took the Powerplay now that Batch 3 Defenders were on the court, but Rohan Shingade managed to escape with a Dream Run for the Yoddhas. In this Turn, there wasn’t much that set the two sides apart. The score was tied at 27 points each after the first half Odisha Juggernauts defeated Rajasthan Warriors. 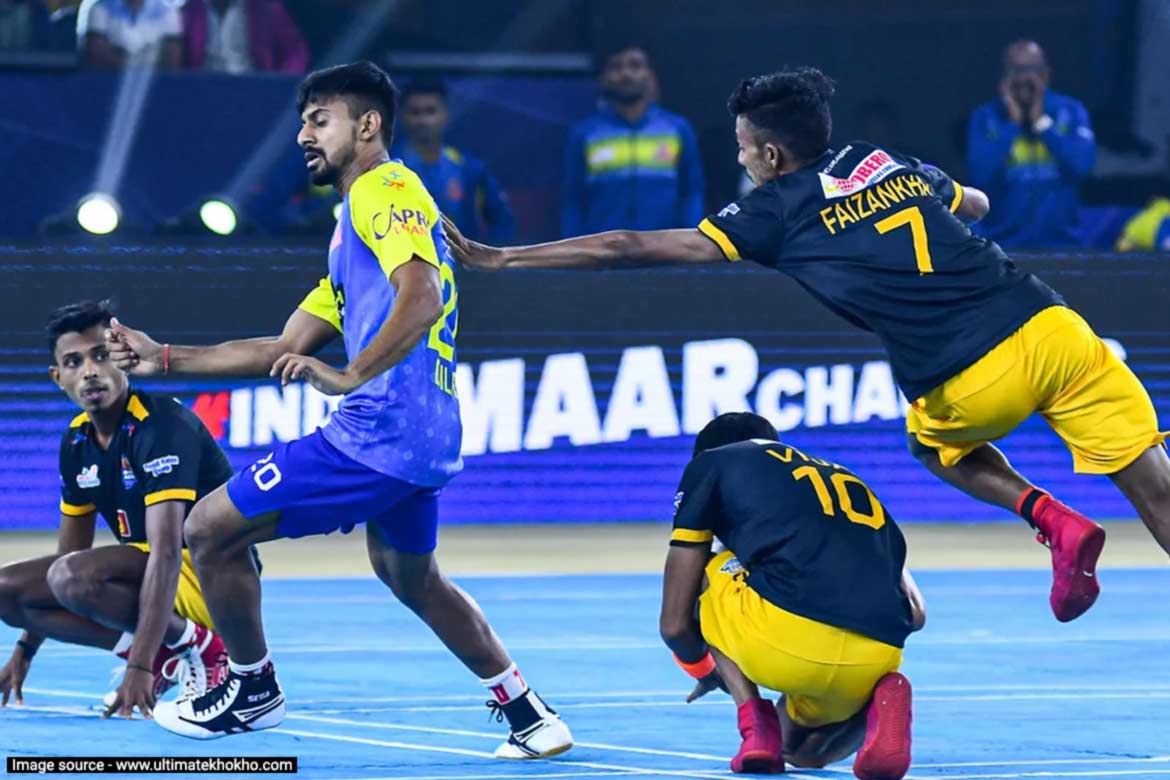 Read More: The four fastest ways to get your home loan approved

Gujarat’s Batch 1 Defenders held off a clumsy Telugu attack for a four-point Dream Run. The Yoddhas used the Powerplay to combat this in an effort to increase their lead, and in two minutes they had taken out the second batch of defenders. By the end of the third installment, the Yoddhas had accumulated 19 attack points, giving them a 15-point advantage, thanks to three Sky Dives and five Running Touches in this Turn.

In the last Turn, this confrontation was expected to be a thrilling thriller. The Giants tried to press forward despite having a difficult task at hand since Arun Gunki still had the energy to score a crucial Dream Run for the Yoddhas. The Giants’ Attackers used all of their might in the game’s final three minutes, taking the lead just in time to win 51-48 and move up to second place on the points chart. After suffering a three-point defeat to Gujarat Giants, Telugu Yoddhas also gained a point.

Look at the top five Defenders from Season...