Memorable Moments We encountered some captivating and unexpected events in the inaugural season of Ultimate Kho Kho (UKK) that had the audience on the verge of their seats. We witnessed records being set and shattered during this season. The Kho Kho exhibition at the Shree Shiv Chhatrapati Sports Complex in Mahalunge, Pune, was fantastic. The inaugural UKK season saw a number of memorable events.

Here are the top five UKK Season 1 Memorable moments to look back on.

For Mumbai Khiladis to have any chance of making the playoffs, they had to defeat Rajasthan Warriors in Game 16 on August 24. When the Batch 1 Defenders took the mat in the penultimate Turn, the Khiladis already held a 15-point advantage. Gajanan Shengal, Avik Singha, and Durvesh Salunke were the athletes in this batch. Memorable Moments

Majahar Jamadar, the captain of the Rajasthan Warriors, ordered Gajanan to pack early from this batch. Before Avik was defeated by a dive from Suresh Sawant, he and Durvesh collaborated on a four-point Dream Run. In order to write history with UKK’s first-ever eight-point Dream Run, Durvesh fired on all cylinders and added four more points to the Batch clock. In this legendary run, The Batch ran for 4:10 seconds. Memorable Moments

Odisha Juggernauts won the toss versus Rajasthan Warriors on August 19 and decided to field in defense. In their matchup with the first batch of Odisha’s Defenders, the Warriors let up a Dream Run. When the Warriors’ captain, Majahar Jamadar, noticed that the Batch 2 Defenders, Dilip Khandavi, Arjun Singh, and Dipesh More, were approaching, he took the Powerplay.

After that Dream Run, Majahar wanted to increase the advantage for his team and appeared motivated to quickly eliminate the Defenders. In a flash, after receiving a Kho from one of his team’s Wazirs, Nikhil B, he rocked Arjun Sing with a Running Touch and eliminated Dilip Khandavi with a flawless Sky Dive.Memorable Moments

On August 15, Odisha defeated Chennai Quick Guns to begin their season. But the Gujarat Giants defeated the Odisha Juggernauts the following day.

When the Juggernauts reunited for the game against Rajasthan Warriors on August 19, they appeared energized. Before experimenting with their lineup and losing to Mumbai Khiladis on August 30, this champion team had racked up six straight victories and secured a Playoff berth Memorable Moments.

The Rajasthan Warriors team learned a lot during the inaugural UKK season. Their team had a great deal of talent and appeared good at times. The group, however, was unable to gel as a whole. Majahar Jamadar, their captain, and Hrushikesh Murchavade were their only reliable players.

Before drawing their first and only blood against Chennai Quick Guns on August 30th in their penultimate game of the season, they had an eight-match losing skid. The Warriors and their supporters were highly grateful for this victory since it gave them a chance to celebrate after a protracted wait of Memorable Moments.

Telugu Yoddhas were playing Gujarat Giants in their eighth game of the competition. The Giants played with five players who had only participated in their second game while resting some of their important players, while two of their players were making their UKK debuts.

In this game, the Yoddhas played to their strengths and didn’t allow the Giants enough room to spread their wings. When they were in the attack at the end of the first Turn, the Yoddhas had a 37 to 0 advantage in the match. As the Batch 1 Defenders for them, Deepak Madhav, Pratik Waikar, and Avdhut Patil made their way onto the mat. At 1:52 in the batch clock, Giants Attacker Sarat Kumar pinned Deepak Madhav.

The defense team of Pratik and Avdhut did not have time to look back. They continued to score Dream Runs until Dhiraj Bhave disqualified Pratik after he stood tall on the mat for 4:06 seconds. Before Dhiraj got involved once more to eliminate him with a Sky Dive, Avdhut was amusing himself by accumulating points. The Batch lasted on the mat for an impressive 6:06 seconds, collecting a magnificent 16-point Dream Run and making UKK history.

Read More: Kia Sonet Smart Electric SUV: What it could look like

With the aid of three pole dives (each for one), a Yoddhas attacker inflicted an all-out on the first three Rajasthan Warriors defenders (1st Batch), one of the highest touch points. Still, on the other hand, they failed to stop the warrior defender from finishing his Dream Run and assisted their adversary in scoring two points with this run. At the end of Turn One, the score read 24-2 in favor of the Yoddhas team after a total of three Pole Dives and two Sky Dives were used to impose an all-out on the Rajasthan Warriors’ three cohorts (a total of nine defenders).

As the turn began, Rajasthan played shrewdly over Yoddhas while in an offensive position. While defending against the Warriors, Yoddhas defender Rohan, wearing jersey number 13, managed to complete three Dream Runs in a single run, turning the game in their favor at the very end of Turn Two. When Turn Two was about to conclude, Rajasthan was on the verge of tying the score, but Rohan’s valiant run cost them the point, and Yoddhas held a 30-20 advantage.

Inflicting an all-out on all Four Batches (twelve attackers) in a Turn is known as going “full on chase,” and Yoddhas did this during an excellent offensive session, earning three extra points. With the end of Turn Three, Yoddhas attackers had outscored Warriors 66-20 thanks to four Sky Dives, three Pole Dives, and other Yoddhas-assisted points. Turn Three was entirely dominated by Yoddhas Memorable Moments. 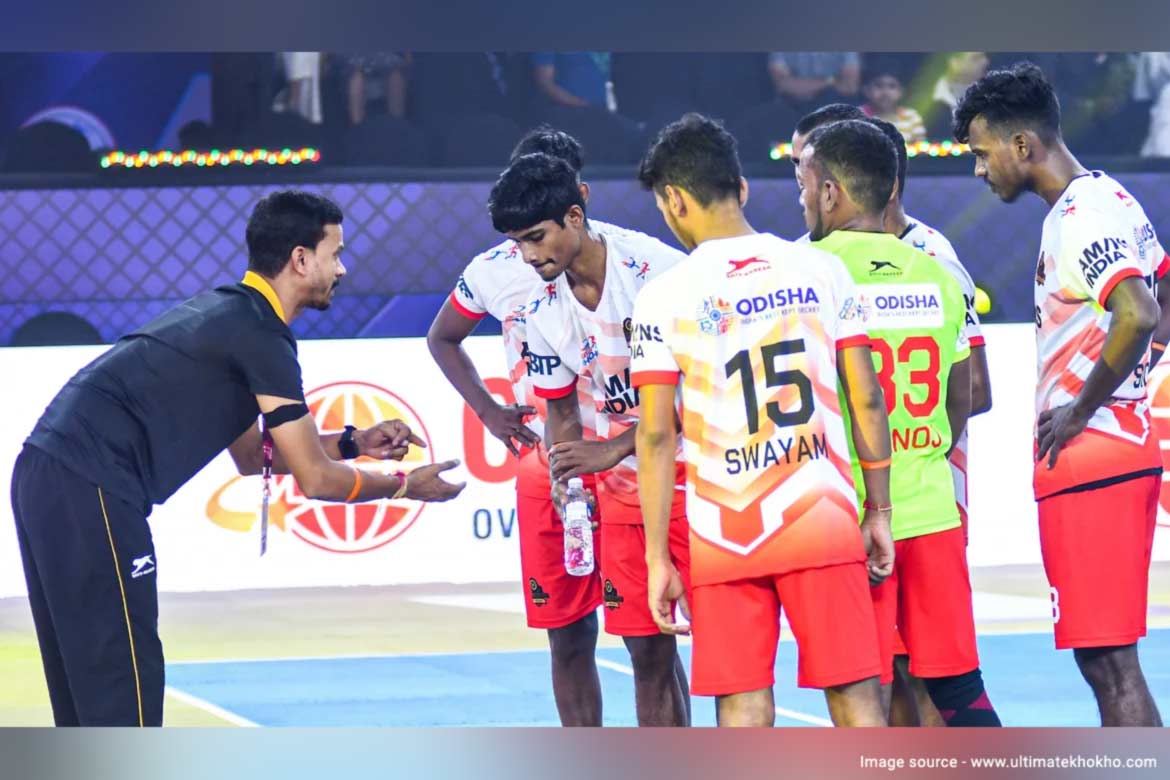 Yoddhas are guaranteed to win

The third Turn by the Yoddhas had already assured their victory, and the fourth Turn was merely played as a formality to allow the Warriors to close the gap on them. Telugu actor Arun Gunki made his Dream Run on this turn, scoring two more points while defending for his team. The Warriors were never able to get even close to closing the enormous point differential, and ultimately Yoddha won 68-47.

“We adhered to our strategy, which was to victory. The fact that we have been able to carry out our ideas is because we have practiced planning and fitness over the past 15 days and because we have some fantastic veteran players who provide us with sound counsel.

Yoddhas will now play their next game tomorrow against their League Chennai Quick Guns opponent from Game 1 where they handily defeated them.

Which Team has the Best Middle Order in...