Rohit Sharma (HIT-MAN SHARMA) is becoming a nightmare that every bowler of the opponent team is facing these World  Cup days. His outstanding form is proving to be the pivot of India’s continuous success in the edition of World cup.  This World cup is witnessing Rohit’s greatest form and performance in International Cricket.

The most amazing fact is that Rohit is playing his only second World cup, he had just played only sixteen World Cup  matches and he had already broken a number of records made by legends of cricket universe in five or six World cups. Rohit first leveled Kumar Sangakkara’s record of most tons in a single edition of World cup; Sangakkara scored four hundreds in 2015 World cup, Rohit overtook him in the next match he played this year against Sri Lanka.

Rohit is also the first player to score three tons in the World Cup while chasing; all the three in this edition only. No other player among the Indians has even scored more than one hundred in a World cup chase. Rohit’s five hundreds in this tournament make him the first player to score five tons in an ODI series/tournament. He is only the 2nd player to hit five centuries in an International series/tournament. Clyde Walcott of Windies scored five hundreds during the 1955 series against Australia. 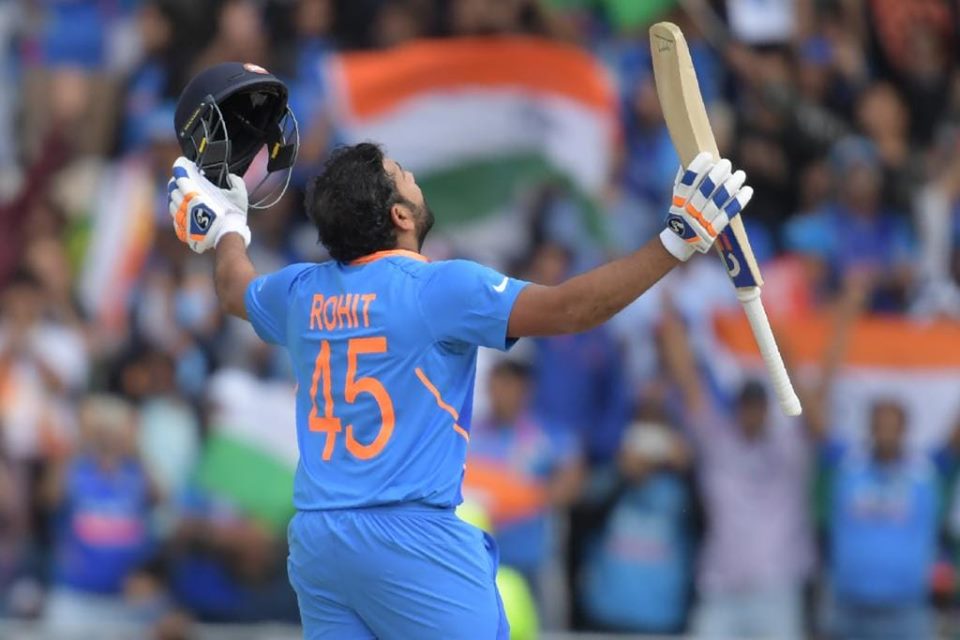 Rohit’s 647 runs in this tournament thus far are the most runs by any player in a single edition of World Cup prior to the knockouts. His tally is also the 3rd highest by any player in a World cup behind Sachin Tendulkar’s 673 runs in the 2003 edition and Matthew Hayden’s 659 runs in 2007.

Rohit Sharma is only the 6th player to score 27 ODI centuries. He needed 208 innings for that; the 3rd fewest among the six players. Only Hashim Amla (167 inns) and Virat Kohli (169 inns) scored their 27th ton quicker than Rohit. The Indian opener now has six centuries in the World Cup; the joint-most by any player.

Sachin Tendulkar leads the list with six tons from 44 innings while Rohit has got the same number of three-figure scores in 16 innings. Rohit is also the first opener with six World cup tons as one of the six World Cup hundreds of Tendulkar came while batting at No.4. Rohit’s ability to convert his inning into a massive one is the most highlighting feature of carrier; his three double centuries do rest of the talking for him.

Indian team is one of the favorites in this edition of World cup and one of the strongest contenders of the title and Rohit is providing root strength to the team. India will face New Zealand in semi’s and 1.2 billion hearts are wishing to see Rohit firing again.

Naina has played Hockey, Badminton and Karate as a sportsperson and represented state in national level tournaments in a couple of these. She has an interest towards bringing sports stories upright and is doing exactly that through SportsCrunch Hindi.

Top 10 Footballers in the World – Current

ICC Number One In Sports For Video Views On Facebook

5 Lead IPL Bowlers Who Kept Batsmen Run-less the Most

Cricketers Who Are Top 5 Wicketkeepers in Cricket World Cups