Kenya had their first big scalp of the 1996 World Cup as a West Indies team with Brian Lara, Chanderpaul and Harper fell to the minnows.

Having batted poorly, Kenya managed only 166. But, stranger things were in store as Rajab Ali led the Kenyan attack to skittle out the West Indians for 96, their lowest ever total in a World Cup game.

Neil Johnson led the Zimbabwe team with both bat and ball as Zimbabwe registered their first victory over their more established neighbors South Africa with a surprise win by 48 runs.

Put into bat at the Chelmsford County Ground, Associates Zimbabwe scored 233 with the bat as Johnson top-scored with 76, a gem of an innings against a bowling attack comprising of Klusener and Donald.

Then came the final act as Johnson (3 wickets) and Heath Streak reduced the Proteas to 40 for 6 before Klusner and Shaun Pollock raged futile wars with 52 runs each.

Another Zimbabwean treat, the African nation stunned the Indian team snatching victory when they were destined to lose with India needing a meager 9 off the last two overs.

However, pacer Henry Olonga had other ideas as he claimed 3 wickets in the space of 5 balls to claim a surprise victory for the minnows over powerhouse India.

India also had a strange penalty to pay as 4 overs were reduced from their chase die to slow over rate. Andy Flower top scored for the Zimbabweans with a gritty unbeaten 68. 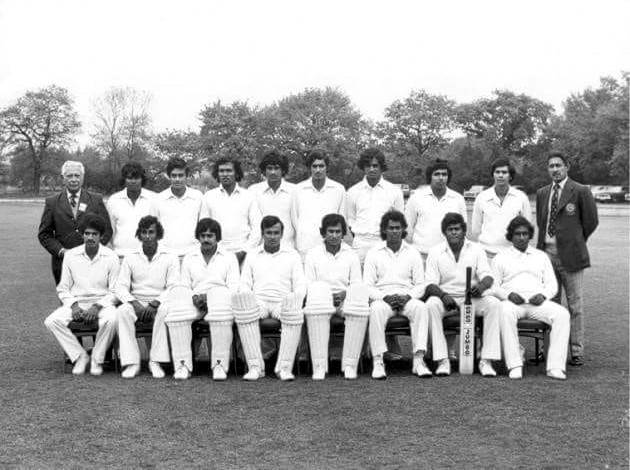 India endured a pathetic show at the World Cup before they clinched the big prize in 1983. While they failed to make it past the group stages in the 1975 and 1979 editions, the biggest upset came in the latter as they were knocked out by Associate nation Sri Lanka at the time.

India had to wait for 2 days for their chase to get underway, thanks to rains and when they finally batted, they scored 191 in 54.1 overs. This knocked out the Indians, who had already lost their group games to West Indies and New Zealand.

Australia and New Zealand were looking to make the most of this World Cup, the last for a number of legends in both the sides.

The Aussies were the favorites, and in this Trans-Tasman battle, New Zealand prevailed. Although the Kiwis slumped to 53 for three, Martin Crowe took charge and scored an unbeaten 100 to put up a total of 248 for six.

Surprise opening bowler Dipak Patel bowled an economical spell as he finished with figures of 36 from his 10 overs. Australia fell behind the required run rate and had to take the risks.

David Boon scored a century, but with his wicket, the Kiwis could tighten the leash on the Aussies. They eventually finished at 211 and didn’t make the Semis. New Zealand meanwhile, went on to be beaten by Pakistan in the semis.

Azhar not qualified to contest for HCA president’s...