The Defenders’ task is to cling to the mat for as long as he can. A Batch of Defenders adds a Dream Run to their team’s bank as soon as they reach the 2:30 mark on the Batch clock. Two further points are added after that for every subsequent 30 seconds until the final Defender in the batch is dismissed. It requires a skill that is challenging to perfect and stamina that can only be attained via extremely high levels of fitness. During Ultimate Kho Kho Season 1, some outstanding defense performances were shown.

Here we look at the Defenders who spent the most time in Season 1 defending on the mat.

Ramji Kashyap, the star all-around player for Chennai Quick Guns and one of the top competitors in Ultimate Kho Kho 2022, opened me about the challenges he had on the road to the glitzy competition.

Kashyap comes from a very poor background; his family relied on scrap collection as a source of income. Eight family members live with him in his home. Ramji Kashyap spoke with Sportskeeda in an exclusive conversation about his path to playing the sport at which he excels.

He made a significant contribution both on offense and defense. Of all the Defenders in the competition, he spent the most time defending on the mat. He never appeared exhausted, and it appeared like he enjoyed killing time on the mat. While defending Chennai Quick Guns, he appeared to be in complete control and had no issue with the assailants. In his 10 games, he only once self-outed himself, giving him a 20% not-out percentage. He spent over 2:11 seconds defending on the mat on average during each game, totaling 21 minutes and 48 seconds for the whole season.

Deepak overcomes challenges to enter the franchise-based competition. Deepak Madhav may be an outlier in cricket-obsessed India. Although the going was not always easy, he adored kho kho at school. At age 12, he began playing the sport, although it was challenging for him to join Bandra East’s Mahatma Gandhi Vidyamandir squad. But as luck would have it, he ultimately prospered on his own.

He was Ramji Kashyap’s closest competitor as the season’s second-best defender for Telugu Yoddhas. He never gave any team’s onslaught the impression that he was uneasy. This season, he self-outed twice and had a 9% not-out percentage. He displayed his defensive prowess and contributed significant points for the Yoddhas. He spent 20 minutes and 23 seconds as a Defender for the whole season, with an average defensive time of 1:42 seconds per game.

In the majority of the tournament matches, he served as the Telugu Yoddhas team’s leader of the pack and played excellent defense. He was one of the Defenders that helped the Attackers get worn out. He was a dependable asset because of his helpful services to the defense department. He had a 22% not-out percentage and always exuded confidence when he entered the ring as a Defender. In the 12 games that he played in, he scored points with ease and never committed a self-out mistake. He remained on the mat despite his average defending time this season being 1:41 seconds.

Pratik began playing sports at the age of nine. He has a B.S. in Computer Science and an MBA. In 2021, he received the Maharashtra Chhatrapati Sambhaji Raje Award. The athlete has represented Team India at numerous prestigious international competitions, and he was instrumental in helping the national kho kho team win gold at the 2016 SAF Games. top five Defenders from Season 1.

He is a Kho Kho player who was raised in Trivandrum, Kerala, and is 27 years old. He was brought on by Mumbai Khiladis to strengthen their attack. Top five Defenders from Season 1

He began playing Kho Kho in the sixth grade in the year 2007. He reflects on the past and describes the game he played for the Railways last year as being a memorable one. By scoring 4 points in the waning seconds, he was able to lead his team to victory. It offered him everything, including happiness, and a home. He will never forget that encounter. He showed his skill in competitions at the state level and competed for the Indian Kho Kho team at the Asian Championship.

He appeared to be in a class by himself in the defense during the early stages of the competition. In the race to be the top defender, he was far ahead of his rivals. He was the Mumbai Khiladis’ starting top defender. Despite playing an attacker in this event, he showed off his defensive abilities well. He avoided the Attackers to have a not-out percentage of 5%, making it difficult for them to get rid of him. In the 10 games he played, his average defensive time was 1:46 seconds. Over the course of the season, he played defense for 17 minutes and 35 seconds top five Defenders from Season 1.

Read More: 5 things to think about while renewing health insurance 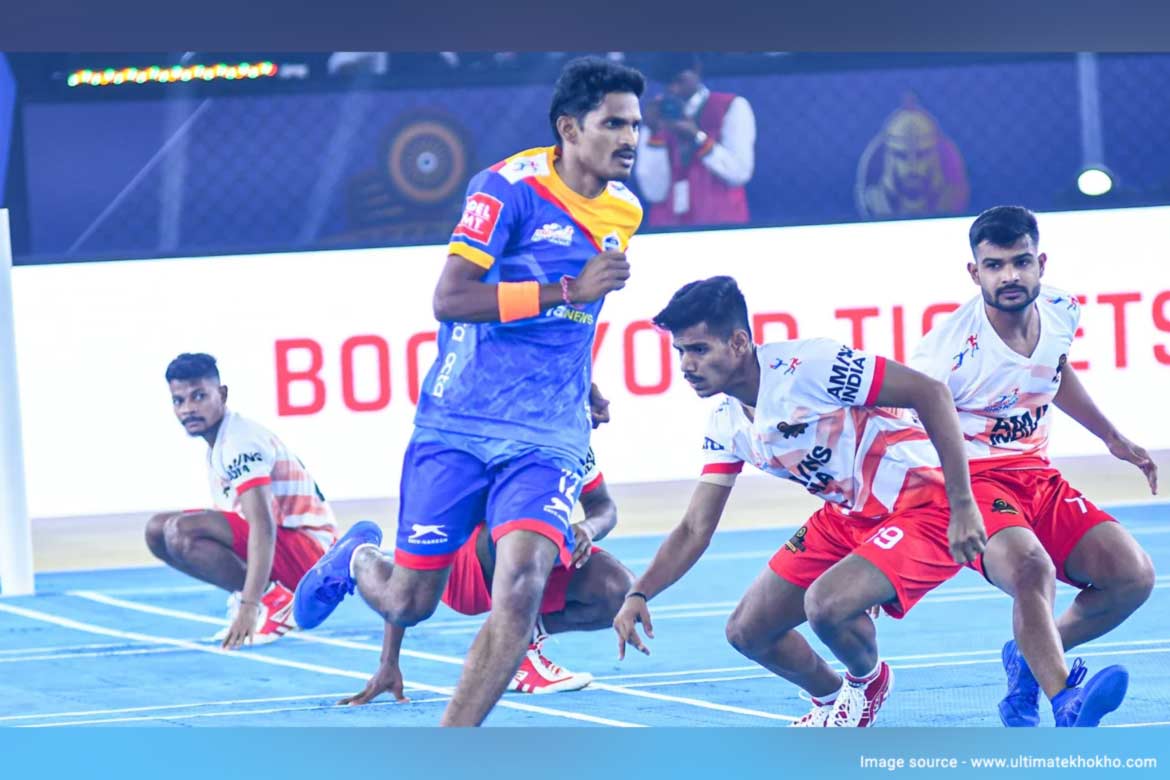 In the first season of UKK, this young maestro pulled off some incredible feats. The Defender on the mat was difficult for the Attackers to keep quiet. He hasn’t made a self-out error this season, and in the 10 games he’s played for the Odisha Juggernauts, he has a 21% success rate. He had a knack for ducking and made defending appear simple. He stood tall as a Defender for a total of 17 minutes and 14 seconds, or an average of 1:43 seconds per game.

Dilip Khandavi waited with his hand on the kho kho pole, practically teasing his rival. He would remain there, slightly stooping, and wait for the assailant to strike before dashing far away top five Defenders from Season 1.

He could slalom between attackers, change speed and direction with ease, spin quickly, show off a little by slapping his thigh, and remain out of reach for two minutes and four seconds. And he will maintain his unblemished record in the Ultimate Kho Kho final on Sunday at the Balewadi Sports Complex in Pune top five Defenders from Season 1 .

5 Leading Wicket Takers of the Benson &...

5 Rules Which Are Implemented For The First...